Webinar: The (AB)use and Misuse of Test Automation with Alan Page

If you’re a tester who codes, chances are a big chunk of your job involves test automation – specifically writing tests that automate the user workflow. As a two-decade (and counting) veteran of software testing, Alan Page has seen a huge number of teams utterly fail in their test automation efforts – but he’s also been a part of a few teams who have been successful, and in this session he’ll share some of the patterns that work; as well as many that don’t.

Alan will share strategies for successful automation, the challenge of flaky tests, the perils of UI automation, and many other tips based on experience in test and test automation across dozens of high volume products.

Whether you’re deeply invested in test automation, or just getting started, this session will have practical tips you can apply to your own testing efforts immediately.

Join us February 13th at 9:30am PST with Alan Page (@alanpage) hosted by yours truly, Chris Kenst (@ckenst). 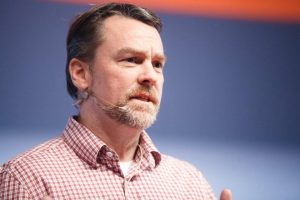 Alan Page has been a software tester for over 25 years, and is currently the Director of Quality for Services at Unity Technologies. Previous to Unity, Alan spent 22 years at Microsoft working on projects spanning the company – including a two year position as Microsoft’s Director of Test Excellence.

Alan was the lead author of the book “How We Test Software at Microsoft”, contributed chapters for “Beautiful Testing”, and “Experiences of Test Automation: Case Studies of Software Test Automation”. His latest ebook (which may or may not be updated soon) is a collection of essays on test automation called “The A Word: Under the Covers of Test Automation”, and is available on leanpub.