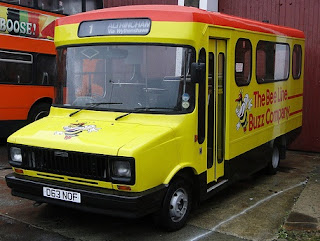 Aware that I’m looking at resources for new managers at the moment, one of my team came across an article and pinged me a quick IM:

Do you agree with this article?

The article in question was Are You a Leader or a Glorified Individual Contributor? by Joe Contrera.

I looked at the article. It’s in two parts. The first is a series of statements – mostly absolutes – about being a leader or an individual contributor, neither of which terms are defined except implicitly in the statements. The second is a sequence of “questions” (actually also statements) which permit only true/false answers, with responses being tallied at the end to determine whether the reader is closer to being an effective leader or an individual contributor.

The article pushes some of my buttons and you don’t have to look very hard to see a couple of pieces of evidence for that peeking out of the previous paragraph. Here’s some more, for the button I label unjustifed absolutes.

After awhile your frustration builds and so you either you start trying to micro-manage your peoples’ behaviors or you throw your hands up and jump in and do the work yourself because it’s easier and faster.

I guess I’d want to say that frustration might build, the responses given are possible responses, …

After all it was your ability to get results that got you promoted in the first place.

Well, yes, perhaps that was the reason. But perhaps there was no-one else, or perhaps those kinds of results aren’t the key thing in this team at this time, or perhaps I stepped into the breach when there was a catastrophe and now management don’t feel able to take the position away from me, or …

What becomes so frustrating is that for the life of you … you can’t understand why folks won’t or don’t see things the same way you do.

That could be the case. Or there are any number of other things that I might be frustrated about. For instance that no-one in my team is prepared to put an opposing point of view when I need people to bounce ideas off.

It’s not much different in the second half, although the game changes to one of answering true or false to statements such as this one:

When you get frustrated with the progress others are making … you step in by having accountability conversations with your people to get them back on track.

Which isn’t to say that that there’s nothing of relevance about the piece: in my experience, and in the experience of other managers I speak to, there is frequently compromise in your ability to directly contribute to the team’s output (in the sense that you have less capacity to do the same kinds of work as someone who reports to you) when you become a leader.

But – and this perspective isn’t covered in the article I don’t think – that lack can be compensated for by your ability to indirectly contribute. (And this is something you do as an individual.) You naturally have a different perspective from outside of the work. You can be looking wider, deeper, further into the future for icebergs, longer into the past for precedent. You can be looking for patterns across projects, across team members, across teams.

Your contribution can then be in, say, guiding the work in a direction that you hope will avoid problems of the kind you’ve seen before, or that you think will come from dependency on, or integration with, some other project. You can take action with your team, or in other teams. You can inform your people, or not, …

I’ve been critical here, and  Joe is welcome to pick apart one of my pieces and how it fails to align with his personal beliefs, experiences, prejudices, preferences and biases in return if he cares to. But, really, I do it only to give some context into which to place my main interest: the original question. Here it is again:

Do you agree with this article?

When I spoke to the person who asked, I found that it was a throwaway question, tagged onto a link in quick message, tossed in my direction in passing. But it was still a question. And – until we spoke – it was a question I could take at face value, and for my initial reconnoitre, I did.

And, having skimmed the article, and before forming any deep conclusions, I found I had my own questions about the question. Here’s a few:

I could go on. The original question leaves me with a lot of scope for answering because it’s both very specific (“agree or not”) but at the same time very open (“with unspecified factors of this article”). In this case, the article itself has so many things it’s possible to agree or disagree with (including a section designed to force me to agree or disagree with things) that finding a particular angle to take in a response is even more problematic. That is, if I care to attempt to answer the question honestly, assuming good intent on behalf of the questioner, and in a way that I think will satisfy the questioner’s needs.

To pick just three motivations for such questions: we might simply ask questions carelessly, or perhaps we have insufficient knowledge about the area to ask questions sensibly even if we take care, or we might deliberately ask very open questions so as not to constrain the thought processes of the person we’re requesting information or opinion from.

However these questions are asked, they put a burd
en on the person responding to not only find data that could form the basis of a response, but to understand the range of possible questions being asked, and then to formulate an answer which includes sufficient of those possibilities in a sufficiently consumable fashion that there’s a reasonable chance of the answer being useful in some respect.

I feel like I am on both ends of this problem all day every day. My default when requesting is to try to be as specific as I can (or as I think is necessary given the context and the people involved) about what I’m asking for, or open about the fact that I’m unsure what I know or want. As a leader I will sometimes deliberately go against this in order to illustrate some point to the person I’m asking, or perhaps as a training exercise. My default when answering is to be prepared to ask for clarification. When I can’t get it, I try to be clear about which aspect of the question I’m covering at any point in my response, particularly if the answers are meta-answers.