On 24th of Feb 2016 we organized our latest Test Engineering Alliance Melbourne (TEAM) meetup at Envato’s cool (figuratively speaking) office. Envato graciously sponsored the event and arranged for venue, pizzas and drinks for our event. We had observed that the TEAM membership increased by 10 right before this event and crossed 350 members. It has been a good growth in the last 8 months and demonstrates that the TEAM has been successful in its mission of building the community and advancing the practice of software testing in Australia.
This event was largely focused on Agile. I commenced the event by introducing TEAM to new members and sharing details of upcoming workshops. After the intros  Lee Hawkins, who is also a co-organizer of the meetup, gave his talk titled “Growing Testing Skills using the Agile Testing Ecosystem”. The content generated a lot of interest from the audience and there was a long Q&A session.
The next talk, “Why/how Agile Transformations Fail”, was from Paul Seaman, who has been a very active member of the testing and Agile community and is also a co-organizer of TEAM. Paul has been known for a while as “The Agile guy” inside and outside of the local testing circles. He has recently worked on various Agile transformations and his talk was purely from the experiences he had working on those projects. Paul knows his subject matter pretty well and his talk reflected his knowledge.
The TEAM organizes meetups every month and they are a great platform to learn, network and talk about testing with fellow testers.  This meetup is the only testing meetup in Melbourne that has many internationally recognised testers as organizers or members. Join the meetup at:
http://www.meetup.com/Test-Engineering-Alliance-Melbourne/
TEAM is also bringing one of the best testing experts Michael Bolton to deliver the most sought after testing course Rapid Software Testing (RST) and Rapid Software Testing for Managers in May 2016. If you want to know why you should attend the course, you should read this by Lee Hawkins.

By the way, if you have not heard about the brand new international testing conference that TEAM is organizing in Australia yet, have a look here:
http://www.testengineeringalliance.com
The conference features best of the testing industry experts as speakers, including Lee Copeland, Michael Bolton, anne-Marie-Charrett among other talented testers from Australia and New Zealand. 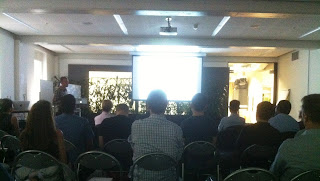 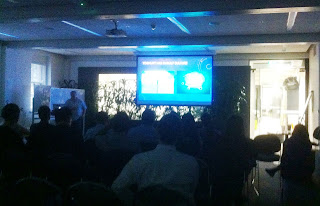