A Year in Pictures: Retrospecting 2013

Today is the last day of 2013…sound a bit strange that the year has passed so quickly. Time flies, isn’t it? Personally, this year I learned a lot, made new friends, expanded my network and did a lot of charity work to keep my inner self pleased. The pictures show how I spent most of my year.
January 2013 was great because I spent Christmas and New Year holidays with family in Melbourne and Auckland in a warmer weather than a chilly Hong Kong winter. There were many more subsequent trips to other parts of world including Taiwan, India, Germany, Sweden, Japan etc.
The year began with an invitation to a privileged visit to Hong Kong Legislative Council and a meeting with IT Councillor organized by the Internet Society (ISOC) on 12 Jan 2013.
It was indeed a great opportunity because I am sure testers do not get the right kind of exposure and speak to IT Councillors to share their views about status and future of IT.
Next in line was the invitation to speak at the International Conference on IT Management and Engineering Practices (ITMEP 2013).
My presentation was about the ‘Best Practices for Rapid Development’. Now, we all know that there are no ‘best practices’ which are best for everyone. Hence it was not hard to make people understand why context-driven testing matters.

Chinese New Year in the beginning of February gave me some time to sit back and relax. And which other place could be better to visit than Singapore for a quick short break!

It is very interesting to know about what is the significance of Chinese new year and how Chinese celebrate it.
The month of March and beginning of April was spent in travelling around and few visits to India.
Towards the end of April 2013 there was an exclusive talk planned by HKSPIN SIG of Hong Kong Computer Society. They asked me to speak about software test estimation. A complex topic, but I was to present it in simple ways to keep people interested. After all many of them paid to learn something from my experience.
The event went smoothly and from the feedback I can say that it was successful. Glad to share my knowledge.
I made a weekend trip to Taipei in May. An amazing country Taiwan is! People are polite and friendly, even though many of them don’t speak English. A great mix of old culture and modernization.
In June I made another trip to Melbourne, Australia for a talk at the 22nd Australasian Software Engineering Conference. The experience is very different when one speaks at a conference which is not just testing and covers a whole lot of other areas of software engineering. In such conferences one has to put more effort to prove the point or provide facts to support it.

Great learning and brilliant networking!
Indeed it was sad that I could not fly for Singapore the same day in June when I was supposed to speak at Singapore Testing Forum which was organized by Leah Stockley who is a passionate context-driven tester based in Singapore and writes her log at http://www.inspiredtester.com/ with support from a testing consultancy.
The 2nd Australian Workshop on Software Testing (OZWST) was organized at Google’s Headquarters in Sydney. It was 2-days of fun, learning and exploration on each other’s experiences.
This Context-Driven Testing event is based on LAWST format and is is the brain child of David Greenlees and few other passionate testers including Anne-Marie Charrett who I respect a lot.
If you are considering a career in testing or want to advance in testing, talk to these people or take a coaching session with Anne-Marie.
The report of OZWST is available at the link above. 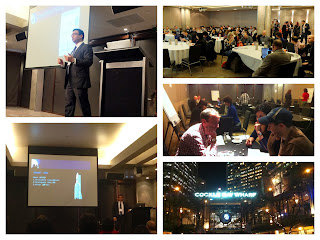 Right after the OZWST, another great event was planned: Tasting Let’s Test on 5th of August.
It was another good opportunity to meet my friend & colleague Erik Petersen along with Rob Sabourin and almost everyone from OZWST. No doubt the immense learning and new connections I made.
What a pleasure attending and speaking at a great event with all those smart and passionate testing professionals visiting all over from Australia and New Zealand!
Thanks to AST for sponsoring another event in Hong Kong. Even though the event was not completely about context-driven testing, everyone was engaged in interactive discussions after the talks. Isn’t it a beginning of a better testing culture in Hong Kong? I bet it is!
This is the first AST event that saw around 80 people in HK. In one of my other posts I mentioned that there were hardly 7 people when we first organized a testing meetup using AST grant and some of them were there just for free food and drinks. The latest event proved that persistence pays. Thanks to AST and to Hong Kong computer Society for supporting us.

October brought me a much needed break which resulted in a week in Tokyo and Osaka. I think one week is not sufficient to see, feel and understand Japan.

Japanese are extremely polite, friendly and hard working people. We just fell in love with Japan.