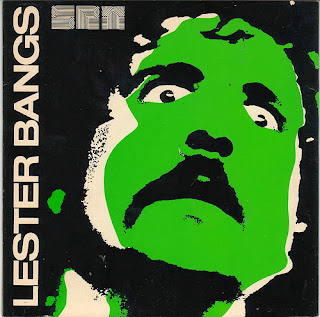 It’s not a typo, the title. I’ve been thinking about how – like a professional critic – a professional tester frequently needs to bridge the gap between the connoisseur and the consumer, to take the desires, constraints, needs, sensitivities and complaints of both into account when trying to make sense of and assess a product.

I used to spend a lot of time on music: I’d listen to tens of new records every week and go to gigs all the time. I could, and did, talk about subtleties of a drum sound, listen to tracks because of who produced them, argue about whether this or that 12″ single was dark acid techno or acid dark techno or dark/acid techno or whatever. I would play records because I appreciated technical aspects of the sounds on them as much, if not more than, the music. I would deliberately seek out ever more subtle or challenging sonic experiences, such as  Dog Pound Found Sound (which I actually played on the radio). Or records made by someone linked to someone who had once played with someone I had once liked a record by. I was a connoisseur.

My wife often thought the records sounded the same, or were simply crap. What she did like she just knew she liked, usually a decision based purely on how what she heard made her feel. Any aspect of how or why or where it was made was irrelevant to her. She was a consumer.

When I wrote about or broadcast a piece of music I, as the critic, would attempt to respect the respect the depth of knowledge and zealousness of the connoisseur and try to place records in some kind of context that would make sense to the consumer while at the same time not compromising the integrity of either party. Similarly, when testing, it can be important to bear in mind both the internalised view of the product and the end user view (or rather views) of it. Being able to do this, and trade them off against one another, is a skill, a craft, an art.

One example; here’s the bones of a particular kind of conversation I’ve had many times over the years:

Person 1: When I do A, the product does B. This was a surprise to me.
Person 2: Ah, yes. It does B because of X, Y, Z. It’s how we were asked to do it. It’s expected.
Person 1: But as far as I can see, A has nothing to do with X; Y is not visible at this point; Z is a concept that only exists in the product internals.
Person 2: Yes, but that’s how it was requested and implemented. It’s expected.
Person 1: But when I do A, getting B looks wrong when all I have to go on is X.
Person 2: Yes, but given how we coded it – which was according to the requirement – it’s expected.

I have played both roles in this going-nowhere-fast dialogue. When I was a software engineer – or, to avoid offending actual software engineers, when I wrote the code – I was more often Person 2, a specialist with detailed knowledge and perhaps an entrenched position. (The specification as a shield. Discuss.)

As a tester I have sometimes found myself as Person 2 when discussing a feature I’m working on with someone who isn’t working on it. When I’ve invested time, effort and emotional capital I can become defensive; closer to the end of the cycle I can become more of an apologist for flaws. Even on a feature I feel free to criticise myself – and probably have done at length – I can feel uncomfortable with others’ criticism of it. Even when I agree with the criticism I can feel obliged to justify the observed behaviour.

In my experience the Person 1 role seems to come naturally to those with less baggage or, perhaps better, background. They can be gloriously indignant at the slightest provocation, focussed on the detail that offends them to the exclusion of all others and unreceptive to any justification. It seems to be a natural trajectory that, once they’ve been around the product for a while and inevitably been inducted into the world of Person 2, it becomes hard for them to decline its comforting, if stifling embrace. (The specification as blinkers. Discuss.)

At the other end of that trajectory, I find that testers with more experience can tend to become more comfortable maintaining both Person 1 and Person 2 positions simultaneously, expressing both without prejudice, balancing them out in context. As it happens, I don’t think experience is necessary for this duality, but I do think self-awareness is and that frequently comes with experience.

So, what kind of person will you be today? A connoisseur, a consumer, a critic?
Image: http://flic.kr/p/5VdZka