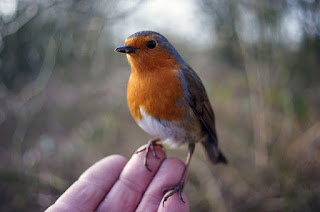 I’ve been reading Here Comes Everybody by Clay Shirky. It’s about how, in around 2007, technology and social media was beginning to change the ways in which people were able to organise themselves. Interesting to me on sociological, leadership and managerial grounds, here’s a handful of quotes that I particularly enjoyed:

If you have ever wondered why so much of what workers in large organizations know is shielded from the CEO and vice versa, wonder no longer: the idea of limiting communications, so that they flow only from one layer of the hierarchy to the next, was part of the very design of the system at the dawn of managerial culture. (p. 42, on Daniel McCallum’s revolutionary ideas for hierarchical management)

In business, the investment cost of producing anything risks creating a systematic bias in the direction of acceptance of the substandard. You have experienced this effect if you have ever sat through a movie you didn’t particularly like in order to “get your money’s worth.” (p. 249)

[Successful peer collaboration needs] a plausible promise, an effective tool, and an acceptable bargain with the users. The promise is the basic “why”  … The tool helps with the “how” … the bargain sets the rules of the road: if you are interested in the promise and adopt the tools, what can you expect, and what will be expected of you? (p. 260)

I’ve been listening to a Ted Radio Hour podcast  called Trust and Consequences. It’s about how, in different contexts, one person’s trust for another can facilitate different kinds of outcomes. Interesting to me on sociological, leadership and managerial grounds, here’s a handful of quotes that I particularly enjoyed:

I have to say, in those days, I couldn’t really even find the bird. (Charles Hazlewood, on his early career as a conductor)

When you’re in a position of not trusting, what do you do? You overcompensate. And in my game, that means you over-gesticulate. You end up like some kind of rabid windmill. And the bigger your gesture gets, the more ill-defined, blurry and, frankly, useless it is to the orchestra. (Charles Hazlewood, on the importance of clarity when directing)

We call them leaders because they take the risk before anybody else does. And when we ask them, “why would you do that? Why would you give your blood and sweat and tears for that person?” They all say the same thing – because they would’ve done it for me. And isn’t that the organization we would all like to work in? (Simon Sinek)