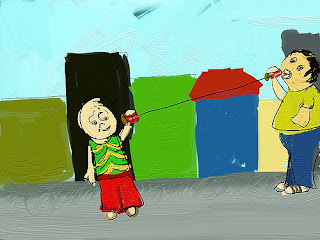 Postel’s Law – also known as the Robustness Principle – says that, in order to facilitate robust interoperability, (computer) systems should be tolerant of ill-formed input but take care to produce well-formed output. For example, a web service operating under HTTP standards should accept malformed (but interpretable) requests from its clients but return only conformant responses.  The principle became popular in the early days of Internet standards development and, for the historically and linguistically-minded, there’s some interesting background in this post by Nick Gall.

On the face of it, the idea seems sensible: two systems can still talk – still provide a service – even if one side doesn’t get everything quite right. Or, more generally: systems can extract signal from a noisy communication channel, and limit the noise they contribute to it.

The obvious alternative to Postel’s Law is strict interpretation of whatever protocol is in effect and no talking – or no service – when one side errs even slightly. Which seems undesirable, right? But, as Joel Spolsky illustrates beautifully, following Postel’s Law can lead to unwanted side-effects, confusions and costs over time as successive implementations of a system are built and tested against other contemporary and earlier implementations and bugs are either obscured or backwards compatibility hacks are required.

Talking to one of my team recently, I speculated that – even accepting its shortcomings – Postel’s Law can provide a useful heuristic, a useful model, for human communication. We kicked that idea around for a short while and I’ve since spent a little time mulling it over. Here’s some still quite raw thoughts. I’d be interested in others.

I like to use the Rule of Three when receiving input, when interpreting what I’m hearing or seeing. I find that it helps me get some perspective on whether or not I have reasonable confidence that I understand and gives me a chance to avoid locking into the first meaning I think of. (Although it’s still a conscious effort on my part to remember to do it.) I feel like this also gives me the chance to be tolerant.

I will and do accept input that I don’t believe is correct without clarification if I’m sufficiently confident that I understand the intended meaning. Perhaps I know the speaker well and that they have a tendency to say “please QA it” over “please test it” even though the former violates my preferred “standards”. Context, as usual, is important. In different contexts I might decide to question the terminology (perhaps we are engaged in a private, friendly conversation) or let it slide (for example, we are in a formal meeting where there are significantly bigger fish to fry).

Unlike most, if not all, computer systems, I am able to have off-channel communications with other parties. I can be tolerant of input that I would prefer not to be and initiate a discussion about it (now or later; based on one instance or only after some number of similar occurrences) somewhere else. My choices are not binary.

I have attempted to head-off future potential interoperability problems by trying to agree shared terminology with parties that I need to communicate with. (This is particularly true when we need a language to discuss the problem we are trying to solve.) I have seen enough failures over time in this area that when I recognise the possibility of this being an issue I will consider investing time and effort and emotional capital in this meta-task.

Can we really say that there is a standard for human-human conversations? Simply, no. But there are conventions in different cultures, social situations, times and other contexts.

Despite this, when I’m producing output, I think that I want to conform to some basic standards of communication. (I’ve written about this kind of thing in e.g. 1 and 2) There are differences when communicating 1:1 versus 1:n, though. While I can tailor my output specifically for one person that I’m talking to right now, I can’t easily do that when, say, speaking in front of, or writing for, a crowd.

I observe that sometimes people wilfully misunderstand, or even ignore, the point made by conversational partners in order to force the dialogue to their agenda or as a device to provoke more information, or for some other reason outside the scope of the content of the conversation itself, such as to show who is the boss. When on the receiving end of this kind of behaviour, is tolerance still a useful approach?

Sometimes I can’t be sure that I understand and I have to ask for clarification. (And frequently people ask me for the same.) Some regular causes of my misunderstanding include unexpected terminology (e.g. using non-standard words for things), ambiguity (e.g. not making it clear which thing is being referred to), insufficient information (e.g. leaving out steps in reasoning chains).

Interestingly, all of these are likely to be relative issues. A speaker with some listener other than me might well have no problem, or different problems, or the same problems but with different responses. An analogy for this might be a web site serving the same page to multiple different browsers. The same input (the HTML) can result in multiple different interpretations (renderings in the browser). In some cases, nothing will be rendered; in other cases, the input might have been tailored for known differences (e.g. IE6 exceptions, but at cost to the writer of the web site); in still other cases something similar to the designer’s idea will be provided; elsewhere a dependency (such as JavaScript) will be missing leading to some significant content not being present.

Spolsky talks about problems due to sequences of implementations of a system. Are there different implementations of me? Or the speakers I communication with? Yes, I think there are. We constantly evolve our approaches, recognise and attempt to override our biases, grow our knowledge, forget things, act in accordance with our mood, act in response to others’ moods – or our interpretation of them, at least. These changes are largely invisible to those we communicate with, except for the impacts they might have on our behaviour. And interpreting internal changes from external behaviours is not a trivial undertaking.
Image: https://flic.kr/p/BojaF