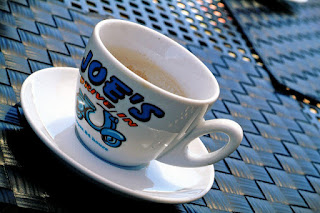 Neil Younger spoke about using Lean Coffee for his test team meetings at last night’s Cambridge Tester Meetup. Inspired by the Cambridge Lean Coffee meetings – which are also part of this meetup and which he has hosted at DisplayLink since the earliest days – he replaced a failing monthly team meeting with Lean Coffee. And he hasn’t looked back. Here’s a few bullet points pulled out of the talk and subsequent discussion.

The monthly test team meeting was failing for various reasons, including:

They changed the Lean Coffee format in several ways, including:

There are some other changes from the earlier meetings too, including:

Neil’s been very happy with how it’s working and shared a few observations, including:

After the talk and questions we ran a Lean Coffee session. Details of that are in Joe Blogs: A Meeting.