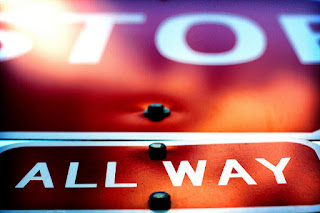 Some time ago, maybe even a year ago now, one of my team said that she had been watching me. I acted cool – although that may have been the onset of a cold sweat – but fortunately my dark secrets remain mine and her observation was simply that, to her mind, I am always testing. She gave a couple of examples:

And on reflection I think she’s right. This is something that I have done, and do do. These days, I believe, I do it more explicitly than I used to because, over a long period of time and particularly by observing myself, I realised that this was my intuition and instinct, and I have found it personally valuable.

Right now at work we’re considering some potentially significant changes to the way we organise ourselves and I’m spending time thinking about possibilities and exploring ramifications of them, mostly as thought experiment and by talking to members of the team. When I had the opportunity to try, in a small way, one of the possibilities, I took it. It’s a possibility I instinctively shy away from and so I was very interested in my reaction to it. And later I  followed up with a recipient of my action too, to understand their feelings and explain why I did what I did.

I like to make myself and my work open for others to test and, when I do, the questions that follow mean that I learn things and, as a team, we do a better job overall. I am happy when someone on my team finds one of my mistakes and we correct it, although it took me some time to see and understand my feelings of defensiveness in those kinds of situations. (And they never go away.) Through this kind of self-testing I have arrived at knowledge about myself that I can codify and use to guide how I want to behave in future.

I also test myself by issuing challenges. Talking at EuroSTAR 2015 was the culmination of a 12-month challenge to try to get over increasing nervousness at public speaking. (I’ll have more to say about that another time.)

I try hard to write reports in terms of testable assertions. And then, before delivery, I test them. I’ll frequently find places where I’ve made too general or specific a claim, or I might feel that I need to go and look again at some data to check that I can back up what I’m saying. For instance, in an earlier draft of this post, the next paragraph started “So, yes, I am always testing …” But it doesn’t start that way any more because in proofing I asked myself “really, always testing? Always?“

So perhaps I can agree that I am always checking, challenging, exploring, investigating, … Maybe that’s why testing felt like a good fit when I stumbled into it. I like the spirit of the suggestion and – to the extent I’m prepared to commit to a literal “always” – I am always testing. Or, to tune it still further, I am always doing things that I think are consistent with and conducive to being a good and improving tester.

So I was particularly intrigued to read Harnessed Tester writing about wanting to switch testing off:

… how do you switch off the tester in you (if you do even manage it at all)? Are you able to function in the “Real World” without slipping into your profession or do you find yourself testing things you shouldn’t or don’t need to test? Do you even see it as a bad thing?

I don’t ever want this to be switched off.  I want to work it, to exercise it, to train it. I seek out opportunities to put it to use. I love this quote from George Carlin:

The brain is a goal-seeking and problem-solving machine, and if you put into it the parameters of what it is you need or want or expect, and you feed it, it will do a lot of work without you even noticing.

I quoted it in Your Testing is a Joke where I described how I use humour as just such a training device, as a tool for feeding my brain.

I don’t ever want this to be switched off. Since having children, I have become interested in how they see and interact with the world. I encourage my two daughters to have their enquiring mind turned on at all times and I praise them when they find a new perspective or ask a question or seek information. I am prepared (most times) to keep answering those long chains of why questions until they get bored, and I try find opportunities to provoke thoughts that will start their thinking process off.

I don’t ever want this to be switched off. Last Christmas I bought my family a shared present of How to be an Explorer of the World and we’ve done several of the experiments together. Last month we went on an adventure walk in Ely.  My youngest daughter was particularly inspired by one task that I set: find something hidden. She’s since begun to read Pippi Longstocking and styles herself a “Thing Searcher” and, while I was weeding the drive (and on the side listening to an interview with James Bach) last weekend, she interrupted me:

“Dad, how can I find things that no-one else finds?” she asked.

“You could look where no-one else looks” I replied.

And so that’s exactly what she did, initially by standing on a wheelie bin to inspect the top of the hedge.

I don’t want this to ever be switched off. What I want is for asking, probing, looking, questioning, reviewing, being creative, and exploring to be second nature. I think that these are valuable skills in life, but also that if they become what you just do  then, as
a tester, you can more often get on with a task and not spend explicit time on the techniques.

I don’t ever want this to be switched off. However, where I think that Harnessed Tester has got a point, and it’s a strong one, is that it’s important to be able to deploy these skills appropriately, to make sensible use of them, to report your findings from it in a way that’s acceptable and beneficial to you, to whoever you are dealing with and to the context you find yourself in.

And that, by Weinberg’s definitions, is about acting congruently, (see e.g. Managing Teams Congruently) which is one of the challenges I have set for myself and have been working on for the last couple of years.

And I’ve told my team that I’m dong it.

And I know that they are watching…
Image:https://flic.kr/p/7JTN1g