It is Possible to be Professional Without Being in a Profession 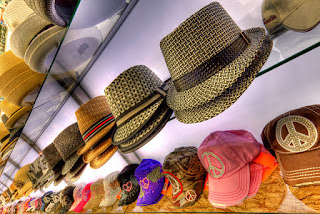 This guest post is by Abby Bangser, writing on the recent MEWT 5. I enjoyed Abby’s talk on the day, I enjoyed the way she spoke about testing both in debate and in conversation and I am very much enjoying her reflections now.

I’m also enjoying, and admiring, the open attitude of the MEWT organisers to Abby’s comments on gender diversity at the workshop, later on in email and in this piece.  In particular, I like their eagerness to share their intentions, process and feelings about it at the event and then engage in the wider discussion in the testing community (e.g. 1, 2, 3).

MEWT 5 was my first experience in a small peer conference, and the format provided a very interesting style of sharing and learning. A big thanks to Bill and Vernon for organizing, the Association for Software Testing for helping fund the event, and particularly Simon for identifying a common theme. The conference theme of What is a Professional Tester? was a tough one to prepare for, and it became apparent that other attendees had a diverse way of approaching it as well. Maybe that was what made it an interesting topic!

Just as with other heated topics related to testing, the term “professional” has a lot of baggage. This can include but is not limited to the idea that as a profession, there may need to be a board that regulates who gains access to, and who can be denied/revoked access to, the profession.

This point seemed to be the biggest reason why testing as a profession had a negative ring to many in the room. This, of course, runs too close to the debate around testing as an activity or a role for this to be omitted from our discussions. I want to use this blog post to dig a little more deeply into this.

In my opinion, the room had a bit of support on both sides of this debate but I think we made progress on why it has become such a heated topic. We seemed to identify why having a defined role of “tester” or “QA” is necessary in some contexts. By clearly articulating these needs as being focused around ease of recruiting and some industry regulations, it became clear to me that role does not need to equate to job title or job specification even though it often does these days.

There was a proposal that in lieu of roles we could look at areas of accountability, but this didn’t quite sit well with me as it still has an air of assessing blame. I suggested (and prefer) thinking of roles as hats. Each person has a certain number of hats that they are skilled enough to wear, but are not required to wear them all at all times.

I can’t remember where I first heard this, but I like it for a number of reasons that I want to explore further:

I want to take the idea of changing hats just one step further. Throughout the day, there was a definite majority of the room who felt that successful team mates (not just testers) are those who step in and get the job done. They do not let job titles/specifications limit what they learn or where they provide support. This was a big reason I felt my topic of the “full stack” tester was well received.

I think that this topic has a lot of really interesting avenues left to personally explore, and I look forward to doing that both off- and on-line. If I had to sum up my current hope for a takeaway, it is that every team member has a responsibility to make their expertise accessible to others AND find ways to access others’ expertise. It is no longer acceptable to silo our team mates based on arbitrary terms like “technical”.

A final and important word on my experience

While I was very glad to be able to attend MEWT 5 and participate in the discussions, I would be remiss to not raise the lack of diversity in the room. While there are many axes that we could discuss diversity on, I am going to speak only of gender diversity here. The story told in the room of MEWT attendees has been told in countless other industries, organizations and events. A notable example is the article by the Guardian which noted that there are more FTSE 100 leaders named John than all the female chief executives and chairs combined. This definitely hit home, since the participants in our room named Dan outnumbered all the women combined by a ratio of 3:1.

There is no single answer on how to support diversity in these circumstances, but we have countless people paving the way who are showing that it is not only possible to succeed in doing so, but to actually thrive. I hope to attend another -EWT event in the future that can promote the kind of diversity shown by many including Rosie Sherry and her work at TestBash, Adi Bolboacă and Maaret Pyhäjärvi with European Testing Conference, and supporting organizations like Speak Easy started by Anne-Mar
ie Charrett and Fiona Charles.
Image: https://flic.kr/p/azvNp3