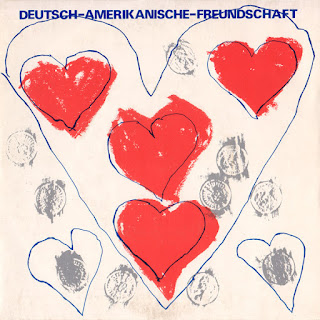 I’ve said before on here that I enjoy ideas just for their own sake. The CEWT meetings that I run are all about that: exposure to new ideas, novel angles on existing ideas, a view of the evolution, merging, death and resurrection of ideas, and challenges to, or support of, my own ideas and perhaps even my ways of generating or thinking about ideas.

So I was delighted to be invited to attend someone else’s workshop, MEWT 5, on the topic What is Professional Testing? Apart from anything else, I had a blast simply coming up with what I thought was an interesting angle. The talks and discussion were wide-ranging but I’ll just pick out bits from my notes on three of the threads that ran across the day that I found particularly interesting.

Whether someone is acting professionally is entirely subjective. Variables in play include the person doing (the tester in this MEWT’s context), the person that’s having something done for them (a client; potentially the same person as the tester), the project, the project context. Change any of these and there’s a chance that what is considered professional might change. Two different observers might see the same situation differently with respect to the professionalism of the participants. Dan Caseley saw something of this in the responses he got from colleagues when he asked them to characterise testers they’d worked with.

We talked about Jeremy Clarkson, the ex-presenter of Top Gear. He is well-known for controversial comments and actions which, for a long time, the BBC were prepared to put up with, and pay up for. Possibly – presumably – this was because he continued to return enough value to them to justify the risk and expense.

Eventually he did something sufficiently serious that his contract was not renewed. Question: was he acting professionally when he was deliberately controversial? Or was he just unprofessional?

Adam Knight brought another perspective: are we in the testing community, particularly the vocal and active context-driven community, creating and reinforcing a notion of what it means to be a professional tester? If so, can it be viewed as a reaction against perceived unprofessional “Factory Schoolers“? But wouldn’t they in turn, and legitimately from their perspective, consider themselves professional testers and others less so? The debate that followed touched on subjective positions that motivate principles that in turn risk sliding into dogma.

A shared perspective isn’t necessarily an invalid perspective, nor harmful, nor one without utility. But a uniform perspective can lead to uniform actions and, as Iain McCowatt put it, often the fringes are where the excellence is.

Amateurs let adversity defeat them. The pro thinks differently. He shows up, he does his work, he keeps on truckin’, no matter what.

Elsewhere the conversation included whether it was characteristic of a professional that they will knuckle down and get on with it, see a project to its conclusion, find ways to thrive in adversity, do whatever it takes to get it over the line.

But only up to a point? It was generally agreed that the professional will also recognise when a situation has become untenable, when they are unable to operate with integrity, when the only course of action that retains integrity is to bow out.

Related conversation spinning out of Abby Bangser‘s talk covered the idea that a professional would be able to ramp up on any topic and not be boxed in by some idea of what they should be. This in turn slid into contrasting testers who define themselves by some area – technical, performance, automation – with developers who will often define themselves by the language they favour – Java, Ruby, C++.

For me, this was the most interesting theme of the day.  Mohinder referenced a blog by Uncle Bob Martin which plays out two variants of a doctor-patient scenario. In the first the doctor appears to be offhand and uncaring when the patient describes pain in their arm and in the second the doctor refuses to amputate a limb at the patient’s request on the basis that it would violate a medical oath.

I’m less certain about this. I do think that one way we might define a professional (if we wanted to) is in terms of the ethical standards they hold themselves to. But I don’t think that having standards or principles unequivocally forces the choice of any particular course of action.

The second doctor might be doing quite the wrong thing here if, for example, their patient has some condition – body dysmorphia, say – that might mean they would harm themselves or even commit suicide were the doctor not to remove the limb. A single abstract ethical principle can govern both courses of action – to operate or not – under appropriate circumstances.

Likewise, two different doctors, operating under the same code of ethics, could legitimately make different decisions in the same circumstances.

Some speakers – Doug Buck and Danny Dainton particularly – described personal ethics that govern their view of what it means to be a professional. These included

It was fascinating to see these enumerated. I am a practitioner and proponent of introspection and it takes no little strength of mind to decant motivations from the actions they provoked and the stories you tell yourself about them. The effort required to do that is seldom wasted, in my experience.

Much like the effort to organise and run a workshop like this. And I’d like to thank Bill, Simon, Vernon for doing it and and the Association for Software Testing for helping to fund it.
Image: discogs.com