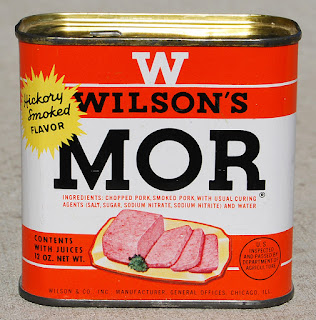 As manager of a test team I try to get everyone on the team presenting regularly, to the team itself at least. A significant part of the tester role is communication and practising this in a safe environment is useful. There’s double benefit, I like to think, because the information presented is generally relevant to the rest of the team. We most often do this by taking turns to present on product features we’re working on.

I encourage new members of the team to find something to talk about reasonably early in their time with us too. This has some additional motivations, for example to help them to begin to feel at ease in front of the rest of us, and to give the rest of us some knowledge of, familiarity with and empathy for them.

I invite (and encourage the team to invite) members of staff from other teams to come to talk to us in our weekly team meeting as well. Again, there are different motivations at play here but most often it is simple data transfer. I used to do this more, and with a side motivation of building links across teams and exposing us to new and perhaps unexpected ideas, or generating background knowledge. But at one of our retrospectives it became clear that some of the testers felt that some of the presentations were not relevant enough to them and they’d rather get on with work.

It pays to listen to your team.

So, along with Harnessed Tester, I set up Team Eating which is a cross-company brown bag lunch. And it’s just reached its first anniversary! And, yes, I know its name is a terrible pun. (But I love terrible puns.)

Here’s a list of the topics we’ve had in the first year:

We’ve had three guest speakers (Chris George, Neil Younger and Gita Malinovska) and, as you can see, there’s been a bit of a bias towards testing topics, although that reflects the interests of the speakers more than anything else. There’s no constraints on the format (beyond practical ones) so we’ve had live demos, more traditional talks and, this week, an interactive storytelling workshop.

The response from the company has been good and we’ve had attendees from all teams and presenters from most. The more popular talks were probably those by Roger, our new (and first) UX specialist. He’s done two: first to introduce the company to some ideas about what UX is and then later on how he was beginning to apply his expertise to a flagship project.

I’ve been really pleased with the atmosphere. There’s a positive vibe from people who want to be there listening to their colleagues who have something that they want to share.

One surprise to me has been a reluctance from some of the audience to have their lunch in the meetings. Some people, I now find, consider it impolite to be eating while the presenter is talking. Given the feedback from my team which prompted us to start Team Eating, I was keen that it shouldn’t take time away from participants’ work and so fitting it into a lunch break seemed ideal.

But although eating is in the name, the team part is much the more important to me and I feel like it’s serving the kind of purpose that I wanted in that respect. Quite apart from anything else, I’m personally really enjoying them and so here’s to the next 12 months of rapport-building, information-sharing, fun-having Team Eating.
Image: https://flic.kr/p/9kh53h