Quality is Value-Value to Somebody 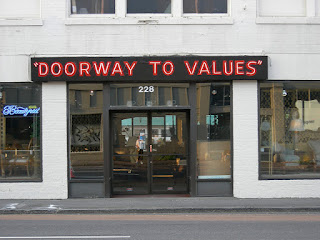 A couple of years ago, in It’s a Mandate, I described mandated science: science carried out with the express purpose of informing public policy. There can be tension in such science because it is being directed to find results which can speak to specific policy questions while still being expected to conform to the norms of scientific investigation. Further, such work is often misinterpreted, or its results reframed, to serve the needs of the policy maker.

Last night I was watching a lecture by Harry Collins in which he talks about the relationship between science and democracy and policy. The slide below shows how the values of science and democracy overlap (evidence-based, preference for reproducible results, clarity and others) but how science’s results are wrapped by democracy’s interests and perspectives and politics to create policies. 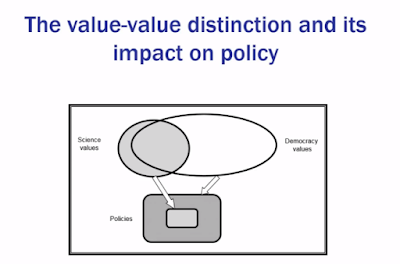 I spent some time thinking about how these views can serve as analogies for testing as a service to stakeholders.

But Collins says more that’s relevant to that relationship in the lecture – much of it from his book Are We All Scientific Experts Now? In particular he argues that non-scientists’ opinions on scientific matters should not generally be taken as seriously as those of scientists, those people who have dedicated their lives to the quest for deep understanding in an area.

He stratifies the non-scientific populus, though, making room for classes of expertise that are hard-earned – he terms them interactional expertise and experience-based expertise – that non-scientists can achieve and which make conversation with scientists, and even meaningful contribution to scientific debate, possible.

I find this a useful layer on the tester-stakeholder picture. Sure, most of our stakeholders might not know as much as we (think we) do about testing, about the craft and techniques of testing. But that doesn’t mean that there aren’t those who can talk to us knowledgeably about it. This kind of expertise might be from, say, reading (interactional) or perhaps from past testing practice or knowledge of the domain in which testing is taking place (experience-based) and I like to think that I am, and that we should be, open to it being valuable to us and whatever testing effort we’re engaged in.
Image: https://flic.kr/p/oGMUQ