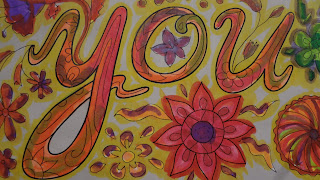 Colouring in affords great opportunity for mind-wandering, I find. And it was while I was assisting my eldest daughter in a felt pen marathon the other evening that I happened upon the thought that, to some approximation, colouring in is a coverage task:

Note that this does not mean that every square inch of paper has to be inked (although to my kids that often seems to be the goal).

We’ll typically achieve our desired level of coverage by slavishly observing the areas demarcated by lines. Or, rather, by doing our best to do that. Striving for this accuracy has a cost. For many pictures, particularly the very detailed ones my two daughters seem to be doing more and more these days, a significant cost is in the time taken to complete the task and another is the glaring obviousness of small mistakes in the midst of well-regimented blocks of colour.

But, frequently, in our house at least, the time it would take to complete the task given the adherence to the lines is too long, and so many pictures remain unfinished; the mission incomplete; the goal never reached; lower coverage than was desired.

It seems to me that when colouring we use the behaviour pattern we’ve used before, and that we’ve seen others use before, and which seem to be prescribed to us. But this is only one type of coverage, this colouring in, I realised. So I asked my daughter whether she’d ever thought about something different, about, say, colouring out.

And she hadn’t. For her, convention constrained how she’d consider colouring.

But would she be prepared to try it now? She would. And so we coloured out!

And she liked it because she saw value in it – it was faster, novel, opened up new possibilities, was more forgiving of mistakes, allowed a new range of compromises, permitted the superimposition of multiple goals. 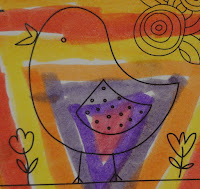 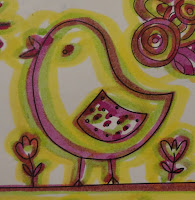 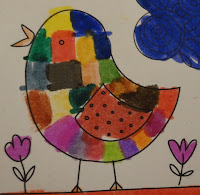 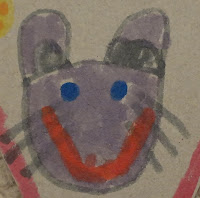 And in colouring out, she found that she had also freed herself to do something else: sub-dividing the areas that were given to her initially, making new areas to colour in different ways and then, when we ran out of pictures, drawing on the cardboard cover of the pad the pictures came from and colouring that.

But we noted that it also failed spectacularly sometimes (for us): 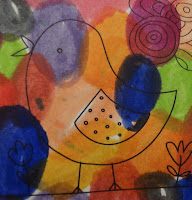 Afterwards she went to someone who matters, told her about colouring out and asked her to judge the results of our mission. My wife didn’t get where she is today without recognising analogies between colouring and test coverage when she sees them. So she assumed the role of experienced product owner and told us both well done, before introducing Hazel to one of her own analogies for stopping heuristics: upcoming release date and proximity to bedtime.

Thank you to Hazel for letting me use her pictures.