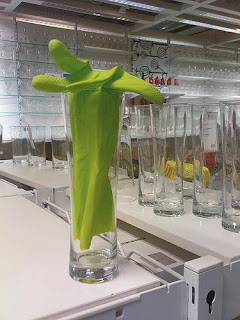 Comedians and testers both know that the world can be different and strive to show how, in ways that mean something to someone else. I’m very interested in the connection between the creative processes in, and outcomes of, joking and testing.

The Comedian’s Comedian podcast often tries to get into the methods that comedians use to come up with their material. Many times the comedians themselves don’t know. There are some, like Phil Kay and Gary Delaney, who, while probably not philosophers of comedy – I don’t recall ever hearing any conversation about theories of humour on the podcast, for example – are at least philosophers of their comedy.

I got the impression that Spencer Jones is another who thinks about what he’s thinking about, and how he thinks about it. Here’s a couple of quotes from his recent interview that chimed with me as a parent, tester and manager.

[Kids] are like comedians without any rules … I’ve got this yellow box, it’s called a Kaossilator 2 or something.

I did three or four hours on this thing trying to get something funny out of it and all I got was this dirge, house music … And then in walks [my young son], massive head, little arms … and he walks in and just picks up, puts it up to his head and goes “heeellllloh!” And his cheek touched the pad and the pad went “Woooooooooommmmmmmm” and I went went “of course, of course … it can do something else than make music.”

And on finding ways to work, to force creativity when you have limited time and significant other commitments:

Before kids I’d wonder around and mess around with stuff and be unfocused. And then I found with kids you just don’t have the time …

So what I do now is I dance around like a dick for 20 minutes to whatever music, get the camera set up, get yourself really stupid, pick up a prop and do 20 minutes with it, in character, without breaking.

After 20 minutes you stop and then you move on to the next prop. And this goes on for an hour and then you watch it back. And it’s the worst thing to watch. But at about 14 minutes in you go “Ooh, that’s something!”

When you’ve given up, when you’re just a stupid broken twat, something happens.

As I write that last paragraph, I find myself reflecting on a discussion with Michael Bolton during the recent Rapid Software Testing workshop at Linguamatics when he said every tester needs to invent testing for themselves.

I challenged him on that: (a) we are all different so necessarily do different testing anyway, and (b) surely he’s not saying everyone should start from scratch. And he agreed; it isn’t an exhortation to create from whole cloth but  to actively seek out something that suits us and our contexts.

I can sign up to that; and add that we should be prepared for it to take those 14 minutes, but it’ll likely be worth it.
Image: Korg, https://flic.kr/p/596FEG