First off, thanks heaps to Rosie and the volunteers. I hopped on the train back to London a very happy chappy because of you guys.

TLDR: F*** it was good! You should come next year!

For a bit more detail, see below.
The Workshops
I attended 2 workshops: Morning one was TestOps 101 – Become the Master of your Domain by Ioana Serban and Martin Hynie. Afternoon one was The Test Doctor’s Proxy Surgery by Dan Billing.
I decided to choose more technical ones as they are the testing skills I’d like to focus on and haven’t had an opportunity to utilise them on my current project.
I really liked the hands-on aspect of both of them and how both workshop hosts explained how and why their workshops can help us in the “real-world”. For Docker, it’s relatively cheap to have as you only pay for what you use, not for what you have access to. Also test environments should be a concern for testers, as we are largely the ones who benefit from them. So taking control of them is appealing in itself. For the Proxy workshop, we were told how security testing is important because of the potential consequences (and I must say, it’s amazing to see how much information you can gather if a website isn’t properly protected). 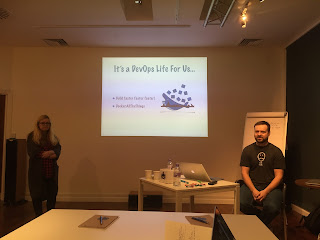 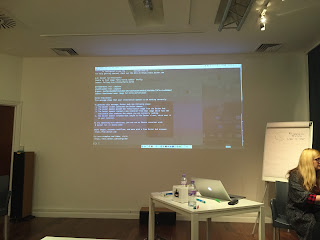 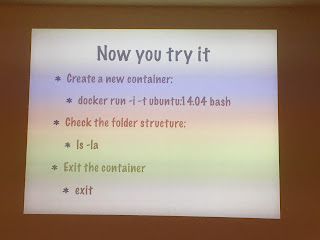 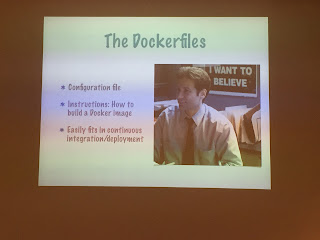 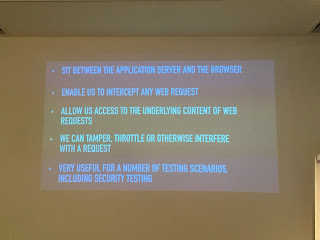 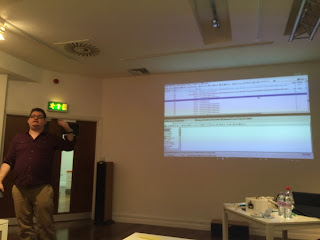 The Conference Day
There were 10 talks by 12 speakers, in addition there were 99 second talks. I’ll be honest, I was pretty freakin’ nervous when I arrived as I was giving my first ever talk at a conference. Must say though, the swag bag did help cheer me up a bit when I first got there.
The conference was single track so everyone went to the same talks (note: these will be posted on the Dojo in the next few weeks) I really liked that aspect as you get to go to talks that you might not otherwise have gone to (e.g. you tend to prefer technical talks, here you get to experience a combination of both technical and non-technical). Also, it helps build an aspect of “we’re all in this together”. I’m planning to re-watch all of the talks when they come online, I tried to take notes on my phone and lots of photos (especially when there were slides with bullet points on them), but I was a bit slow.
Lastly, I really enjoyed Vernon Richard‘s MC’ing – a charismatic guy who helped things run smoothly on stage (he gave a talk at TestBash 2015 so feel free to check it out on the Dojo 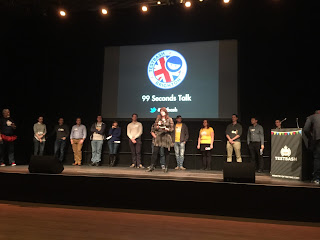 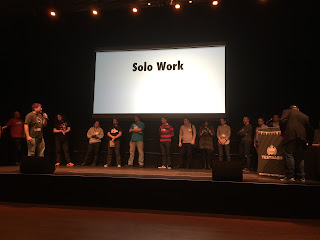 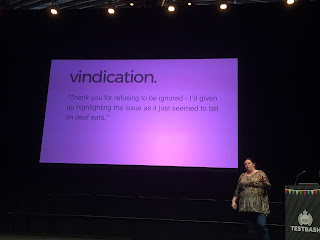 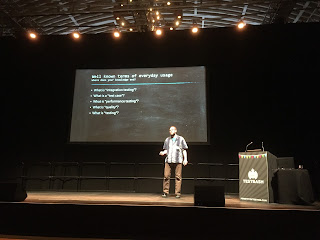 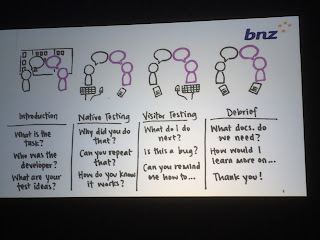 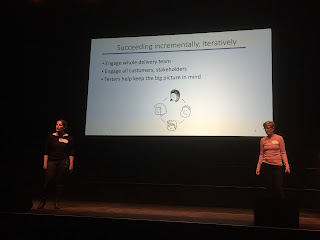 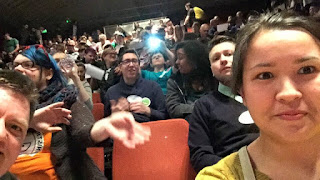 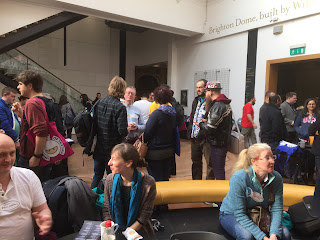 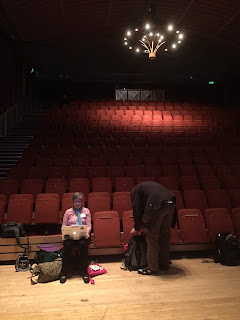 The Social Events
There were four social events I attended they were advertised on Meetup – 3 drinks and 1 breakfast. These were a great opportunity to get to know some of my fellow attendees and speakers more. I particularly enjoyed the games night on the Wednesday evening (I love board games even though I’m not really that good at any except for Articulate) and the breakfast on the Saturday morning. 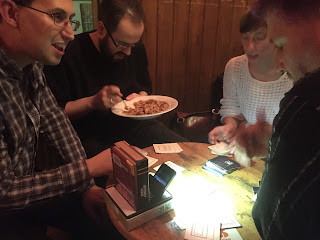 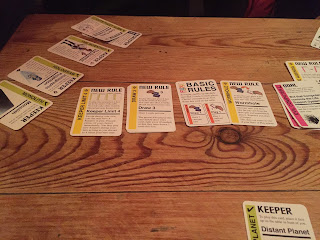 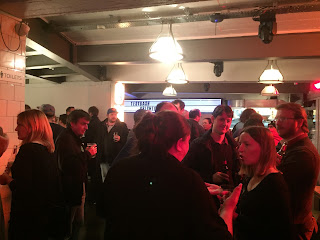 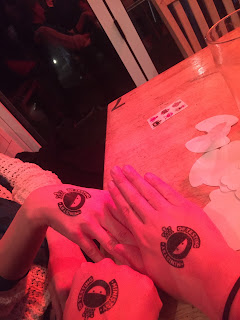 Blog Post coming in the next week about my Prep for my talk at TestBash 2016
It’s going to focus solely on the prep and not on the experience itself. To be honest, those 30min are such a blur – I was so nervous! I just remember walking up on stage and walking back off.