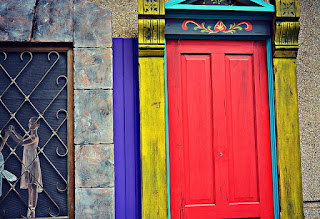 I was pleased to be able to get Michael Bolton in for a one-day Rapid Introduction to Rapid Software Testing workshop at Linguamatics yesterday. I wanted to blog about it and, in the spirit of RST, which is about performing testing more quickly and less expensively while still fulfilling a mission, I thought I would (a) time-box and (b) give myself a specific aim for writing. In this case, it’s 30 minutes and recounting my personal experience (rather than, for example, anything I wanted to get out of it for my team). And that includes defining the mission and editing. Here goes…

I attended full RST with James Bach about four years ago. Despite the fact that I had flu at the time and had to pretty much drag myself there and home again on each of the three days, it was an absolutely enlightening experience. Just a few months earlier I’d started this blog and I’d only even been a tester for a couple of years by then. In the intervening time I’ve tested a lot, learned a lot, begun to test myself to learn more about how I learn, begun to test myself to learn about how I test, learned to test a lot better and, in recent times, as I’ve done more and more management, become interested in the idea of meta-testing: testing the testing that’s going on around me.

What RST with James gave me was doors from where I was at that point to somewhere else. I was metaphorically walking along a metaphorical corridor with few metaphorical doors prior to attending the course but suddenly it became clear to me that that’s where I was. And I subsequently realised that the course had given me not only doors, but also windows.

The doors I could open and step through. I had some idea where they might take me; they had plaques on them: heuristics, oracles, charters, safety language, value and what have you. But the windows, they were different. The windows were frosted but I could tell that through them there were other people and more doors. And in the intervening years I’ve explored those labelled doors and found ways to some of the places that I could kinda see through the windows and I’ve gone through some of the doors that were in those places too and found that they lead to more people and more doors and more windows.

Which brings me to Rapid RST with Michael. Michael has stalked these corridors for much, much longer than me. He knows them like the back of his hand. But he’s still interested in showing those initial doors to new folks and offering them the opportunity to begin their own journey.

For those who’ve passed this way before there’s the chance – and the challenge – to take a fresh look: are the handles the same as they were last time? Should they be? Why are some of these doors subtly different shades of the same colour? Why are some of the views from the windows different to what I remember? Have they changed? Have I changed? Am I misremembering? Are there some new doors? Have some of them been locked? Do I have the tools to make some of my own doors these days? Why do they need to be doors? Can I just cut a hole in the wall, or smash a window?

I have two minutes left, so here’s a couple of new (metaphorical, naturally) pieces of graffiti on the walls for me, this time: