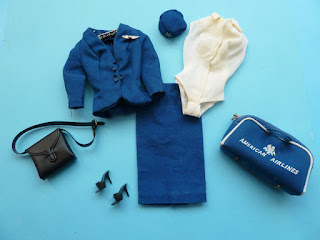 I’ve written before (e.g. 1, 2) about how I like to find fun ways to challenge my children to think about the world and the part they play in it, how they interact with it and others, about the things they take for granted and what possibilities there might be in what they know and what scope there is for possibilities they haven’t considered.

Some mornings that means we play games, or listen to some records they haven’t heard before, or try to make up jokes or songs or noises (“who can do the dirtiest raspberry?”) or silly rhymes. Yesterday the conversation over breakfast was Barbie and bickering, and, desperate for something else, I blurted out: “Let’s think of some things that fly.”

Me: Isn’t aeroplane the same as plane?

They’re pulling the ‘Duh!’ face. The spelling seems to be enough to make a difference to them here.

Me: Can you think of any more?

They argued about this for a while, then …

They’ve thought about exceptions and have clarified their position.

Now they’ve switched from category to instance. My initial challenge didn’t distinguish so they feel free to do this, even though I can tell they think they’re probably cheating but I like the fact that they’ve recognised the difference.

Me: How about a kite?

I gestured so there was no ambiguity with the bird of the same name.

Me: Why isn’t being blown flying?

Daughters: Erm. Because it’s not doing anything itself.

Me: OK, is a stone flying when I throw it?

So this isn’t exactly hardcore Socratic dialog, but I’m asking them to question what they know and what they think they know. I have to be careful not to make them too fed up, or they’ll stop. For the time being, they enjoy this kind of thing …

Me: What about an aeroplane when it’s coming in to land?

Daughters: The aeroplane is slowing down to land, but a stone is falling fast!

Me: Ah, so what about a feather that’s falling?

Daughters: Daaad, we don’t know what flying is any more!

My work here is done for today.

And the conversation returned to Barbie’s dresses and bickering and we continued with our breakfast.
Image: Ebay