Bug-Free Software? Go For It! 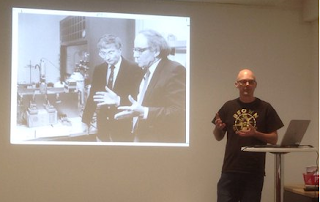 This post is a prettied-up version of the notes for my talk at the second Cambridge Exploratory Workshop on Testing last weekend. The topic for the workshop was When Testing Went Wrong.

Cold fusion is a type of nuclear reaction that, if it were possible, would provide a cheap, clean and safe form of energy. In 1989 two scientists, Fleischmann and Pons, made worldwide headlines when they claimed to have generated cold fusion in a test tube in their lab. Unfortunately, subsequent attempts to replicate their results failed, other scientists started to publicly doubt the experimental methodology, and the evidence presented was eventually debunked.

Cold fusion is a bit of a scientific joke. Which means that if you are a researcher in that field – now also called Low Energy Nuclear Reactions – you are likely to have a credibility problem before you even start. And, further, that kind of credibility issue will put many off from even starting. Which is a shame because the potential payoff  in this area is high and the cost of it being wrong is relatively low.

In a fascinating article in Aeon magazine, Huw Price, a Philosophy professor at Cambridge University, writes about how, even if unlikely, cold fusion is not theoretically impossible, and that the apparent orthodox scientific opinion on it is not based on science:

Cold fusion is tainted, and the taint is contagious … So the subject is stuck in a place that is largely inaccessible to reason – a reputation trap, we might call it.

This is echoed by Harry Collins in Are We All Scientific Experts Now?:

There is always enough room to interpret data in more than one way … We need to know motivations as much as we need to know results if we are to understand science.

Science is not pure. It is not driven only by evidence. Collins observes that, particularly at the cutting edge of research, scientists can easily split into camps. These camps agree on the result, but don’t agree on what it means. When this is the case, when there is room for more than one interpretation, then – since scientists are human – it’s natural for there to be human biases and prejudices at play. And those factors, those frailties, those foibles include things like reputation, preconception and peer pressure.

You might have seen Bob Marshall blogging and tweeting about whether we really need testers, and using the hashtag #NoTesting? He is provocative:

So, do we have to test, despite the customer being unkeen to pay for it? Despite it adding little or no value from the customer’s point of view?

And he provokes, for example, reactions like this from Albert Gareev:

Recently I’ve been observing some new silly ideas about testing – on how to do as less of it as possible or not do it at all. I don’t bother posting links here – reading those isn’t worth the time.

To me, there can be value in wondering what Marshall is getting at (which Gareev also does). Engaging with someone with an apparently fundamental opposition to you can be elucidating. A contrary position can make us see our own position in a new light and it’s healthy to do that sometimes.

There was an interesting (to most testers anyway, I’d hope)  headline out of Princeton earlier this year: Computer scientists launch campaign to guarantee bug-free software. What’s your gut reaction to that? Something like this, perhaps? You can’t get rid of bugs …  and it’s stupid to even think you might be able to!

But read behind the headline only a little way and you will find that the project is trying to write formal (mathematical logical) specifications for software building blocks, such as a C compiler or an OS, and then chain together such components using consistent specifications.

Doesn’t a formal spec just shift the specification problem? It still has to be written, right? Perhaps, but a formal language can be reasoned about; proofs can be created for aspects of it; other tools can be brought to bear on it in a way that they cannot with user stories or other (natural language) devices for specification.

For sure, it’s a non-trivial problem. And perhaps it won’t work. And perhaps it will even prove to have been misguided. And, absolutely, it won’t catch the class of bugs that are do to with the specification being for something other than what the users actually want. But should that mean that we shouldn’t pursue this line? A line that has (relative to all the research being done) low cost, potentially high benefit.

James Bach might put this kind of effort into the Analytical School. For example:

The Analytical School way is to limit themselves to laboratory contexts where the numbers apply or trying to change projects to fit the assumptions of the numbers […]  I have a fondness for the Analytical School, but I’m not an academic, so I have to live in a world where I must solve the problems that come to me, rather than the ones I choose.

He and Cem Kaner, founders of the Context-Driven School of testing, have publicly disagreed here. Kaner says:

I think it’s a Bad Idea to alienate, ignore, or marginalize people who do hard work on interesting problems.

Bach speaks to this:

One of the things that concerns Cem is the polarization of the craft. He doesn’t like it, anymore. I suppose he wants more listening to people who have different views about whether there are best practices or not. To me, that’s unwise.

I’ve learned a lot from people who would never associate themselves with context-driven testing.

And, in fact he actively engages folk outside of the context-driven community, such as with Rex Black, who many would regard as a Factory Schooler.

When thought leaders like Bach and Kaner, both of whom contribute so much to the community and craft of testing, say these kinds of things it’s wise to listen. They clearly fall into two different camps on this topic, but they would both, I’m sure, encourage us to think critically about what we are hearing from them, and to take our own view, for ourselves.

So, to the question that CEWT #2 is posing: when does testing go wrong?  Maybe in ways like this:
< ul>

Like the scientists mentioned up top, testers are humans, and we have, do, and will continue to make these kinds of mistakes. Testing will always go wrong because it is done by people.

But that’s also the good news: people have the capacity to observe this happening and attempt to take action to avoid or mitigate it. I want to give myself a chance of spotting approaches that are appropriate to whatever context I find myself in and I think (and perhaps this is my bias) that a sensible way to go about this is to be open to information from anywhere.

So, if you want to tell me that you’re going to find a way guarantee bug-free software, I say go for it. But when you do, explain what you did and show me the results you got and don’t be surprised if I question them and your motivation.