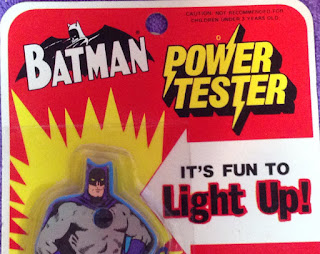 At the tail end of his recent interview at System Smarts Jerry Weinberg talked about the aha! moment of discovery and its relationship to humour:

Don’t take yourself too seriously. Because humour … arises from something unexpected. You start to tell a joke and the punch line [is something] people weren’t looking for and so they laugh and you laugh. And that’s the … aha! experience.

Develop your sense of humour; your ability to look at things and laugh. My friend once said, when some work was really miserable, “some day we’ll look back at this and laugh. Why not now?”

And I was delighted to hear that because I spoke on the same topic at EuroSTAR in 2015 (slides), noting that testers and comedians try to find ways to see the world differently and end up doing things like

I’ve written about it on this blog in Pizza Chants and The Rule of Three and Me too.
While I was researching the talk I came across some other references to humour and joking by Jerry. This is from What Did You Say?

Our work is too important to be taken seriously.

In Are Your Lights On? he applies a set of heuristics to a nursery rhyme to generate variants and arrives at a joke based on the ambiguity in “had”:

Mary had a little lamb.
The event made medical history.

So I mailed him, and we got chatting, and he suggested perhaps “we should conduct an on-line discussion/jokefest on why testing is a joke” and we nominated a few testers that we’d like to take part, and I contacted them and everyone who was asked wanted in, and so I organised a teleconference.

And then I looked up the definition of Impostor Syndrome.

Afterwards, I transcribed the whole thing. To make it nicer to read, I’ve edited out the umms and aahs, repetitions and other verbal tics and removed bits of discussion that contributed little or that just plain went nowhere as we careered off in a different direction. I’ve edited a little for readability and generally preferred clarity over literal transcription, which means that I have fixed up some bits (and so have some of the speakers after seeing a draft). I’ve also put in some annotations and links to related material.

A couple of people had to drop out at the last minute and so the jokers were Jerry Weinberg, Michael Bolton, James Lyndsay, Damian Synadinos, and me. I hope you enjoy it as much as we did!