Can we stop saying we break software? 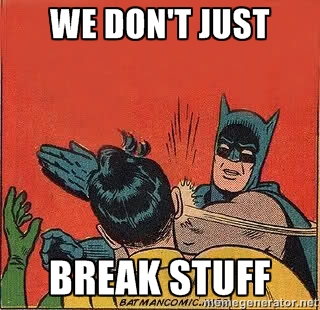 I cringe every time I talk to a tester and they equate testing to breaking software.

It’s not unusual for developers or other people outside of the test team to not fully understand what testers do. Tests we perform may seem extreme, unusual or unnecessary to outsiders until the reasoning behind them is explained, and/or the issue is uncovered by a customer. This means it is easy to marginalize what testing does, so that every test that doesn’t follow the happy path gets branded as an edge case that doesn’t warrant attention.

So when you say you break stuff for a living, you encourage this line of thinking. It makes the test process seem arbitrary and unrefined.

A tester doesn’t work alone. We are part of a team and are constantly negotiating in one form or another with developers, managers, or the product team. When you self brand as a software breaker, you sound like a bull in a china shop. Saying I did “X” and “Y” broke is a pretty weak position to bargain from in all but the most obvious cases. It leaves out the context of why the issue matters.

Saying you just break stuff sounds like you don’t care about the software you are testing. Many developers see their code like it’s their baby. They brought it into the world, and are protective of it. Here you come and try to do some inexplicably terrible things to it. Even if your case is legit, your relationship with your team will affect how much impact you can have on quality.

It’s a stereotype, maybe it fit in the days when complete software was handed off to QA for testing. Even then I doubt it adequately describes what testers were doing.

Can you break something before it’s built? What about before it’s fully designed? Testers have been asking to be involved earlier in the development cycle, to be involved in the design process, so we can identify issues before they are coded into existence. To be able to show that we have more to offer than just breaking software, and as software development process have become more agile testers are getting that opportunity.

Our roles are changing, saying you just break stuff just shows you haven’t moved beyond the mindset that testers can only observe and report.

We love software so much, we spend countless hours just thinking about how we can make it better. We love our customers so much we develop personas so we can better understand their usage patterns and needs. We care about the business so much that we try to uncover issues that could harm its image before any customer might find them, then advocate their resolution. We learn the product inside and out, often helping train and support our operations teams and users. 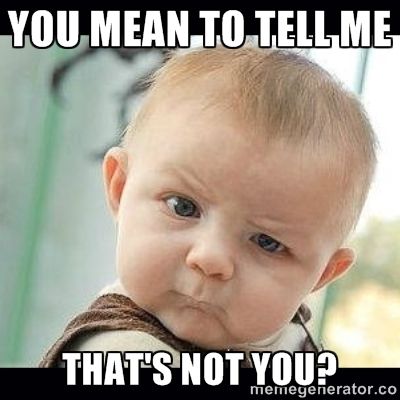 Anyone can break things… Respect the craft, Respect yourself, if we can’t speak well about what we do as testers we can’t expect anyone else to.