Getting Your Back Up 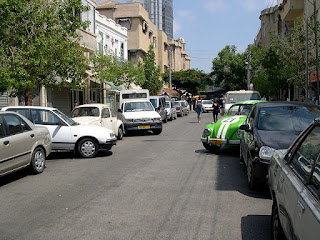 One of the effects of being asked to explain yourself can be that you get to find out what you really think.

This has potentially many outcomes: sometimes your view might turn out to be a surprise even to you; sometimes you realise that you don’t have a justification for what you said at all; sometimes you are reminded that you established your perspective in another context or another time and it would be sensible to revisit it (as I did the other day in Me and My Bestimates).

Another possibility is that the challenge surfaces an opinion that you realise you are comfortable with but have previously held only implicitly. That happened to me most recently a few weeks ago. I was talking to one of my team about some actions that had been taken and also about those that had not but, I suggested, perhaps could or should have been without needing to wait to consult me.

Understandably, given the particular situation, I was asked about the potential consequences of taking actions without approval if they turn out to be the wrong actions.

And that was when my internal position was revealed: I said as long as they had taken a reasonable decision in good faith based on available evidence and appropriate effort, I would back them up, even if it proved to be the wrong decision. And so we both learned something.

There are all sorts of reasons that we might not enjoy being questioned, but none of them outweigh the benefits. Which is why I continue to encourage challenges in and from my teams.
Image: https://flic.kr/p/7jmmrd