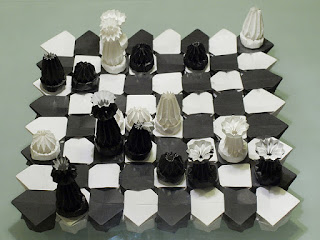 As Test Manager I fit my team’s work into multiple overlapping project schedules which are not under my control. The schedules have, as you might expect, multiple constraints that operate simultaneously, such as:

Scheduling in this environment is a challenge even without the wildcard that is the unknowns; the stuff you find out as you go and the contexts that change under your feet.

To do my best to provide the service my (most often internal) clients want – which generally includes some kind of estimate, even if there is little at times to base it on or anchor it to – I think I need a few things, including some model of:

To best provide a framework for my team I think I need a few more things, including:

In an attempt to achieve these ends (amongst others) I maintain a spreadsheet that records pieces of work over a certain granularity. The definition of granularity isn’t very scientific: if a project feels “worth tracking” then it gets in; if a tester feels they’d like it tracked then it gets in; if it has the feeling of something that might blow up then it gets in. I update and publish this to an internally public location every week, with a short summary of significant changes and various charts showing how we’re spending time in various dimensions which I use to analyse how we’re working and what changes we might experiment with. (I am a practitioner of and believer in Open Notebook Testing and openness and responsiveness generally.)

For most projects that we decide to track, the tester or testers on a project, and/or me, will pick some initial budget. (There are some exceptions which I’ll touch on later.) The budget is based on all sorts of factors, such as those mentioned above and those summarised by George Dinwiddie in Estimating in Comparison to Past Experience  and attempts to take uncertainties into account.

I view the budget as a kind of “top-down” number. It (a) fits into and influences the global scheduling and (b) provides implicit guidance to the testers about the time they have available to test given what we know now. It is part of the project context for them, and should constrain testing in the way that other aspects of that context do.

As work proceeds, testers report the time spent on each project along with their current estimate for the remaining work. I view this as a “bottom-up” number. It (a) invites the tester to think at a level higher than immediate action, to step back, to defocus, to prioritise and (b) provides feedback to me and the bigger scheduling headache.

Some projects are more top-down: for example a piece of work which is set up in a time-box. Some projects are open-ended and bottom-up: for example an investigation into a live support issue. Most projects sit somewhere in between. Projects which are entirely bottom-up will often start with a phase where no explicit budget is set and no estimate is made; instead we’ll just record time spent. At some point we’ll either reach the end of the investigation, the end of the availability of the tester (in which cases work stops) or some point where we feel we understand enough to set a budget.

Because many of our projects tend to be more schedule-bound, our default position tends to be to assume that project work consumes the budget and then stops and that the tester will reprioritise based on this as necessary. However, frequently something happens on a project that affects the tester’s estimate – the feature turns out to be more solid or less complex than we expected; we were able to do more work in unit testing than we anticipated; there’s some horrible interaction with another piece of our application that no-one expected. In this case, we will talk about the current budget and the differences between it and the new estimate and what impacts there would be of changing the budget, or not. Some for-instances:

What’s crucial here is that the discussion can be opened at any point, by either side, should circumstances make that necessary or desirable or even just a sensible precaution. And any negotiation can and does include other stakeholders.

The budget and and estimates mutually constrain one another and contribute uncertainties at their different granularities. They mix science and instinct, planning and gut; known and unknown; they’re guesstimates. They go well together, they bounce off each other, they influence one another and reflect one another, they’re like best mates; they’re bestimates you might say, although I never do.

In some sense I think of them as a simple interface between the complexities at the test level and complexities at the management level. Compressed down into a single number they naturally lose information but, when more information doesn’t need to be shared (essentially we are on-track relative to the most recent conversation), that is sufficient and indeed efficient. Having a co
mmunication channel open for when more needs to be shared is, as I’ve just said, crucial. And I’ll say it again: available channels of communication are absolutely crucial.
Image: https://flic.kr/p/6my3Gn

The approach described is a high-level sketch of the process that has evolved over time to try to manage competing constraints and requirements of the kinds that I mentioned at the top. And it continues to evolve to meet new constraints or ideas. If it stops meeting my needs, I’ll stop using it.

We use the same spreadsheet and reporting mechanism to record time spent on ongoing team-level tasks which we then use to project future levels of effort, or identify trends or that there may be a problem we need to look into.

What I’ve written here leaves out a lot of detail in and around what we do, including how we decide what work to do in any given case, the existence of peer review (so there are other eyes on the work), the help I get from my team in spotting bugs in what I’ve done, questioning why I do it – which is how this particular post came about – or suggesting improvements, the importance of trust on both sides, and the importance of testers being empowered and supported in their work.