Testing is Simple (and Complicated) 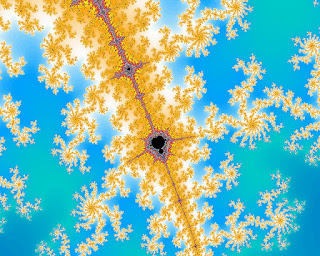 In his keynote at EuroSTAR 2015 Rikard Edgren said many things that resonated with me. This was the one that rang out loudest:

Testing as recursion. A simple statement hiding deep complexity. An elegant surface belying the turbulence underneath.

This is so beautiful.

It put me in mind of fractals such as the Mandelbrot set where a benign-looking equation, if exercised, generates never-ending, self-similar, ever-finer detail.

Searching for related insight, I see that Adam Knight has arrived in a similar place from a different direction. (And be sure to read the comments there for a salutary caution against shallow analogy.)
Image: https://flic.kr/p/7LF46G

Edit: In the comments in How Models Change, Michael Bolton describes a model of testing as fractal and Adam later revisited his ideas and spoke about them to the Cambridge Tester Meetup.