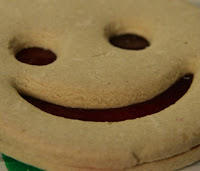 We’re used to talking about delivering what the stakeholders want (or perhaps what they need, to the extent that we or they understand either). You’d generally hope to find at least one stakeholder engaged directly in a project – if not, it’s likely doomed – and sometimes more. These stakeholders are known, their role is clear, perhaps a Product Owner and domain expert, and they are given the opportunity to state their requirements in some way. And if they aren’t, the project is probably still doomed.

Some stakeholders exert little influence even when directly engaged. They are present and visible but quiet, or even silent. (Often until quite late on when they reveal that they really wanted something else and, at this point, the project is doomed.) The reasons for this are many and varied and include that they are shy, they are out of their depth, they suffer from impostor syndrome, they don’t get on with someone else on the team, they doubt the value of the project, they have no faith in the approach taken in the project, they think the team is ill-equipped to deliver the project, or the budget is unrealistic, or they are protecting their own time for another project in which they feel they have a bigger stake, they are assigned to the project against their will, they are moving to a new position and won’t see the end of the project anyway or they just plain think the project is doomed.

There are frequently more stakeholders outside of the project team who are engaging with it indirectly via the Product Owner or their own staff on the project or by direct manipulation of the project goals, such as when a strategic change is made in the company. These stakeholders are by-and-large visible too. The lines of communication will be clear – often it will be outreach from the project to such stakeholders that is the primary direction – and indeed it’s an important part of the project’s remit to ensure that such stakeholders’ views are taken into account. Projects do not exist in a vacuum and bringing feedback from the outside into the project can be crucial. Without the perspective of these kinds of stakeholders, the project may be doomed.

Then there are also those stakeholders who exercise influence in less-visible ways, such as by reviewing or debriefing aspects of the projects with team members informally at tea breaks, by asking individuals for reports or product changes directly, by selling a product vision different to the one the team as a whole is chasing. These need not be intended or interpreted as malicious acts but they may serve to bring uncertainty, lack of clarity or confusion about motives to the project and hence to delay or divert effort. If enough of this happens, doom looms large over the project’s prospects.

Another set of stakeholders on a project are often not engaged and have little or no influence. “The User” is one such, a mythical being of inestimable importance and sadly often with involvement inversely proportional to that importance. Some projects may be fortunate to have users involved, or perhaps internal proxy users but even then there can be a noisy line of communication to them. You may instead or additionally use cardboard cut-out personas – useful, but usually not forthcoming when asked for an opinion. While this may not hamper the success of the project in delivering its objectives, the objectives themselves are doomed to be at best best guesses.

All of these stakeholders are interested in the project outcome, but likely on different axes to different extents. Some of the desires will overlap, and part of the skill of running a project is to arrange the Venn diagram of overlapping requirements to provide an intersection that’s sufficiently acceptable to make the project tractable. Where there is not such an intersection, the project is likely doomed to tread water as it gets tugged one way and then another in a series of attempts to  move the intersection more in one person’s favour than another’s.

This is how projects work: stakeholder influence is more or less visible; stronger or weaker; direct or indirect; consensus-based or imposed; with motivations that are clear, and motivations that are not. Regardless of this, as a member of the team, you work on the project to service these stakeholders as best you can within the constraints that always exist: time, resource, scope … and the potential for doom.

Generally speaking, your goals should not contradict, inhibit or compromise the project goals, or lead to its doom-laden demise. But you can be looking for opportunities that align with it and with your own interests and needs and those of the company outside of the project, such as:

There are many stakeholders on a project, with many goals and motivations for them. Just because you are not necessarily instrumental in deciding the scope of the project, it doesn’t mean that you aren’t a stakeholder in your own work. Creating personal targets enables you to get value from a project however it’s running, whatever its outcome. It may not reverse the doom, but it can lift your mood.
Image: https://flic.kr/p/62qmEJ