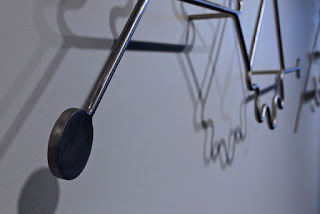 The other day, I said I was reading Surely You Must Be Joking, Mr Feynman! by Richard Feynman and was captivated by it. I’ve finished it now, and I’ve pulled out a handful of quotes.

I love this on bad (or as he puts it, cargo cult) science and how strongly it relates to the way I want to perform and report testing:

But there is one feature I notice that is generally missing in cargo cult science … It’s a kind of scientific integrity, a principle of scientific thought that corresponds to a kind of utter honesty – a kind of leaning over backwards. For example, if you’re doing an experiment, you should report everything that you think might make it invalid – not only what you think is right about it: other causes that could possibly explain your results; and things you thought of that you’ve eliminated by some other experiment, and how they worked – to make sure the other fellow can tell they have been eliminated.

Details that could throw doubt on your interpretation must be given, if you know them. You must do the best you can – if you know anything at all wrong, or possibly wrong – to explain it. If you make a theory, for example, and advertise it, or put it out, then you must also put down all the facts that disagree with it, as well as those that agree with it. There is also a more subtle problem. When you have put a lot of ideas together to make an elaborate theory, you want to make sure, when explaining what it fits, that those things it fits are not just the things that gave you the idea for the theory; but that the finished theory makes something else come out right, in addition.

In summary, the idea is to try to give all of the information to help others to judge the value of your contribution; not just the information that leads to judgment in one particular direction or another.

And I love this on drawing (one of many skills he acquires in the book, including speaking Portuguese, safe-cracking and drumming) where I’m thinking of the parallel it has with the way in which in testing we seek to bring together art, craft, intuition and science, theory and practice:

I noticed that the teacher didn’t tell people much … Instead, he tried to inspire us to experiment with new approaches. I thought of how we teach physics: We have so many techniques … that we never stop telling the students how to do things. On the other hand, the drawing teacher is afraid to tell you anything. If your lines are very heavy, the teacher can’t say, “Your lines are too heavy,” because some artist has figured out a way of making great pictures using heavy lines. The teacher doesn’t want to push you in some particular direction. So the drawing teacher has this problem of communicating how to draw by osmosis and not by instruction, while the physics teacher has the problem of always teaching techniques, rather than the spirit, of how to go about solving physical problems.

They were always telling me to “loosen up,” to become more relaxed about drawing. I figured that made no more sense than telling someone who’s just learning to drive to “loosen up” at the wheel. It isn’t going to work. Only after you know how to do it carefully can you begin to loosen up …

One exercise they had invented for loosening us up was to draw without looking at the paper … I found that my drawing had a kind of strength … which appealed to me. The reason I felt good about that drawing was, I knew it was impossible to draw well that way, and therefore it didn’t have to be good – and that’s really what the loosening up was all about. I had thought that “loosen up” meant “make sloppy drawings,” but it really meant to relax and not worry about how the drawing is going to come out.

And then this on the, ahem, danger of analogy:

Another time somebody gave a talk about poetry. He talked about the structure of the poem and the emotions that come with it; he divided everything up into certain kinds of classes. […]

Dr. Eisenhart … said, “I’d like to know what Dick Feynman thinks about it in reference to theoretical physics.”

I got up and said, “Yes, it’s very closely related. In theoretical physics, the analog of the word is the mathematical formula, the analog of the structure of the poem is the interrelationship of the theoretical bling-bling with the so-and-so” — and I went through the whole thing, making a perfect analogy. The speaker’s eyes were beaming with happiness.

Then I said, “It seems to me that no matter what you say about poetry, I could find a way of making up an analog with any subject, just as I did for theoretical physics. I don’t consider such analogs meaningful.”