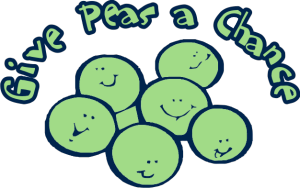 So my wife caught me giggling to myself in the kitchen. Why? I’d just seen a really corny pun on peace and peas. It wasn’t the “classic” above but it was the same kind of thing. In fact, it wasn’t the joke itself that had caused me to crack my face at all, but the thoughts spurred from the desire to make a better one from the same phonetic premise.

The first thing I come up with is:

This slight variation on the well-known punchline is a plausible sentence but to make it work as a joke I need a context that can produce it. I’m working backwards from a result to look for some setup in which it is coherent:

Did you know that casinos are illegal in some parts of Italy? Apparently a bunch of gamblers held a candlelit protest overnight.

They were singing “All we are saying is give Pisa chance.”

This is also a testing pattern. When you’re looking at responses from a system, a useful approach to finding potential issues can be:

The comedian Milton Jones has a beautiful gag which is a series of one-liners with the punch line “Your house stinks” spread out in his set:

Anyone here own a cat?
Any students in tonight?

So, you know what the punch line is going to be, what context might give a laugh here?  He goes for:

Is anyone in the audience an aromatherapist?

Which is not only funny, but also a (comedy) rule of three.

Meanwhile, back in the kitchen, I am busy applying another pattern – I think of it loosely as the Spooner – where you can look for the funny by permuting some aspect(s) of multiple elements. For example switching the initial sounds of peace and chance:

Small beer, perhaps. No obviously gut-busting laughs here, I’ll grant you. But you could imagine contexts in which you could set these some of these up as jokes, although I will say that if you search for “cheetahs pants” as I did, looking for clues to such a context, you get a lot of photos of leopard skin leggings. Which – fashion naif that I am – violated both my expectations and my eyes.

But that’s testing too: generate ideas and choosing to use them or not (at the moment). Sometimes rote generation  by some formula like this is productive and sometimes not so much. As it happens, I decide to try to stretch this line further (like some of those leggings) and end up with:

Which I found an amusing idea (this was the point my wife came to ask what had happened to her coffee) although probably a step too far in terms of plausibility… but I later found this picture: 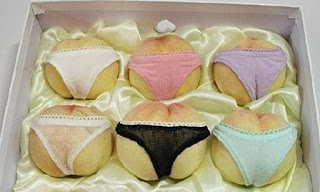 To relate this back to testing with a specific example: imagine you have some functionality that accepts a couple of arguments. You might ask yourself questions like these:

I find an interesting overlap in techniques and skills I use for joking and testing and I use one to keep in trim for the other. I’ll be talking about it at the Cambridge Tester Meetup and the UKTMF next month and then EuroSTAR in November.