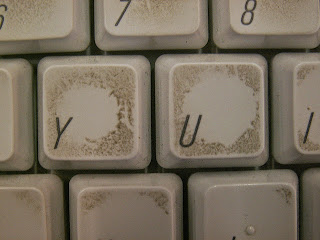 Sometimes, perhaps when you’re under time pressure and on a mission and in a part of the product you’re not familiar with, you bump into issue after issue after issue trying to get to the thing you just have to get tested right now.

Maybe you looked at the doc, but really you only skimmed it because your boss was on your back, a pain in the neck, giving you a headache and tapping his wrist.

Maybe you noticed there was a warning in the log file, but it looked a bit internal and you dismissed it because some output was produced and the product manager is standing in the doorway editing her MS Project plan and tutting heavily.

Maybe you hopefully copied the conventions of other commands in the config file, or just plain guessed at the syntax for the bits you added, because the end of the sprint is tomorrow and the Scrum Master’s definition of done is all about the done and less about the definition.

Maybe you asked somebody else, an expert, who had just the knowledge you need, but because you were in a hurry and they’re also overloaded, you ended up with a shallow understanding and now their words of wisdom are just wisps of what-the? So you’re reduced to feverishly trying random inputs hoping to defeat Probability and somehow magic up the answer the project wants even though by now even if you miraculously happened upon it you probably wouldn’t be able to tell.

Congratulations! You have arrived at a rare and privileged position: you are now your user.

Users generally don’t know your product inside out. Frankly, most users wouldn’t use your product at all if they could get what they need with less effort, hassle, expense or whatever resource is most important to them.

Many users don’t pay attention to doc, or warning flags or the messages in the warnings that they don’t understand or take time to learn how to do the stuff they don’t need often. They just want the result. And they usually need it now, or earlier.

You are seeing the dirt that your users see, for the kinds of reasons your users see it. And that dirt is pay dirt. So don’t just sigh and consign that nightmare to the brain bin when you get to the end of your task. Try to make the most of it by using your experiences to help to find ways to make the product better, and ensure that your product continues to be the one that gives your users their result in a timely fashion at the right cost for them.
Image: https://flic.kr/p/3X8i7s