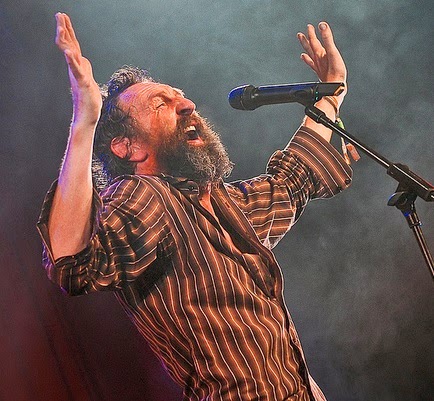 Phil Kay is a stand-up comedian known for his love of live work and improvisation. In his interview for The Comedian’s Comedian recently he said some things that resonated with me.

When he’s talking about the impression others may have that there are rules of improvisation, I’m thinking about testing:

There’s not a principle that I must avoid things I’ve done before … There’s plenty of room in the form for doing brand new things [but that’s] not the aim, that I must do it brand new.

When he’s talking about how he constantly watches for and collects data that he hopes will come in useful later, that will help him to make connections and that will keep his mojo working when he’s not on stage, I’m thinking about testing:

I write notes all the time … anything interesting that comes to me … but [the notes] are not the thing. The thing is the fact that I’m watching out for stuff … like a boxer keeping loose … on stage I hope they’ll all come together.

When he’s talking about how not being tied to a prescribed structure opens up possibilities, I’m thinking about testing:

Allow the best to be a thing that could happen.  If you’re trying to enforce something, no best can ever happen.

And when he talking about how it doesn’t work sometimes, I’m still thinking about testing:

The list of traumatic failure gigs is so long …  I accept the risk it’ll go wrong.

Looking around for related material I found that James Lyndsay has a workshop on Improvising for Testers, and Damian Synadinos has one specifically on the links between improv comedy and testing, Improv(e) Your Testing! Tips and Tricks from Jester to Tester. George Dinwiddie has also written about TDD and Improv.