Kim Engel is a software test manager focused on user experience and fostering communication between stakeholders.
She is a regular attendee of the OZWST peer conference, an avid reader and occasional writer of testing blogs, and an infrequent tweeter @kengel100.
Kim is in the process of overcoming 10+ years of traditional testing experience to adopt a Context Driven approach to Testing. 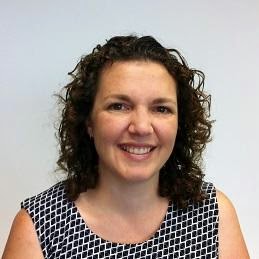 What was the hardest part about the transition from a traditional Test Manager to a Context Driven Test Manager?

For me the hardest part was actually shifting my own way of thinking.
I’d been frustrated by the ever-growing number of test cases that needed to be maintained and executed. I’d tried various ways of revising my testing approach to align with the V-Model, and seen no major differences in outcome. I’d taken an ISTQB course on Practical Test Management and emerged none the wiser and still had no idea how to address the overall issue of testing becoming an obstacle or hurdle rather than a value-add for the project team.
Yet when the answer was presented to me by Anne-Marie Charrett in the form of context driven testing, I clung to my test cases for a few more months. Looking back now, I didn’t want to consider that I’d been wrong for so many years and that someone else had the answer. I’d always thought that I’d come up with the answer myself. Part of being a context driven test manager now is that I’m happy for people to point out that I’m wrong, engage in discussion, and learn from other people’s experience. Oddly I still have little patience when others don’t embrace new methods immediately and wholeheartedly.

What’s the best feedback you have received about Mind Maps for Test Planning?

I’ve had some specific compliments on the approach of using mind maps to review testing ideas with team members and stakeholders prior to writing up a formal test plan. To me the best feedback is about the content in those mind maps. I’ve received excellent input from project team members who would otherwise have been less involved in the process, including people from training, change management and senior management. Best of all, nobody’s eyes have glazed over like they do when reviewing a full test plan document.

According to your blog post, Simplified Estimation, when you are asked for an estimate you pick one of three: 6 weeks, 3 months or 6 months.
Why these three?

It’s basically the same concept as “Planning Poker”: long-term projects are difficult to estimate up-front with any level of confidence.
Also, when I join a short-term project I’m unwilling to waste timeeffortmoney on attempting to provide an “accurate” estimate.
When I’m brought in as a Test Consultant the client normally has a business reason pre-determining their MMYY release date. Then they ask how long I will need for testing. I answer truthfully that testing will take “from now until Go Live”, and then I get to work.
I fell into the trap of providing an estimate just last week, stating that I could produce a particular test plan within 3 days. After 1 day I’d raised so many questions that my calendar was booked up with meetings for the next 2 days to go through them all. I’m still writing that test plan, and there are a large number of inbound (and outbound) dependencies which I wasn’t even aware of initially.

What’s the biggest misconception of Testing you have come across?

The biggest misconception I hear about testing is that it’s boring. If you find testing boring, you’re doing it wrong.
Try researching a new approach; learn more about your product; use some competing products; chat to your customers in online forums; read a free online testing magazine; find or start a tester meetup in your area; readwrite a blog about testing; chat to other testing folk on Twitter.
I’m sorry to say that I’ve met many testers who do none of these things, and they complain to me that testing is boring.

You’re a strong advocate for Test Tweeting. To be honest, I used to think Twitter should only be used by celebrities who wanted to be followed by their fans. Lately, I’ve had a change of heart – I’ve learned a lot from the blog posts and articles etc. that people have tweeted.
What’s the biggest benefit you have received as a result?

Following other testers on Twitter has given me access to a worldwide community of testers that I didn’t know existed. The biggest benefit for me has been the support from other testing folk worldwide. When I’m faced with a difficult decision in my career there are usually others who’ve been there and are willing to listen. We read each other’s blog posts and offer feedback and advice. It’s an excellent feeling to then meet those people at conferences and testing events; it’s just like meeting up with old friends.