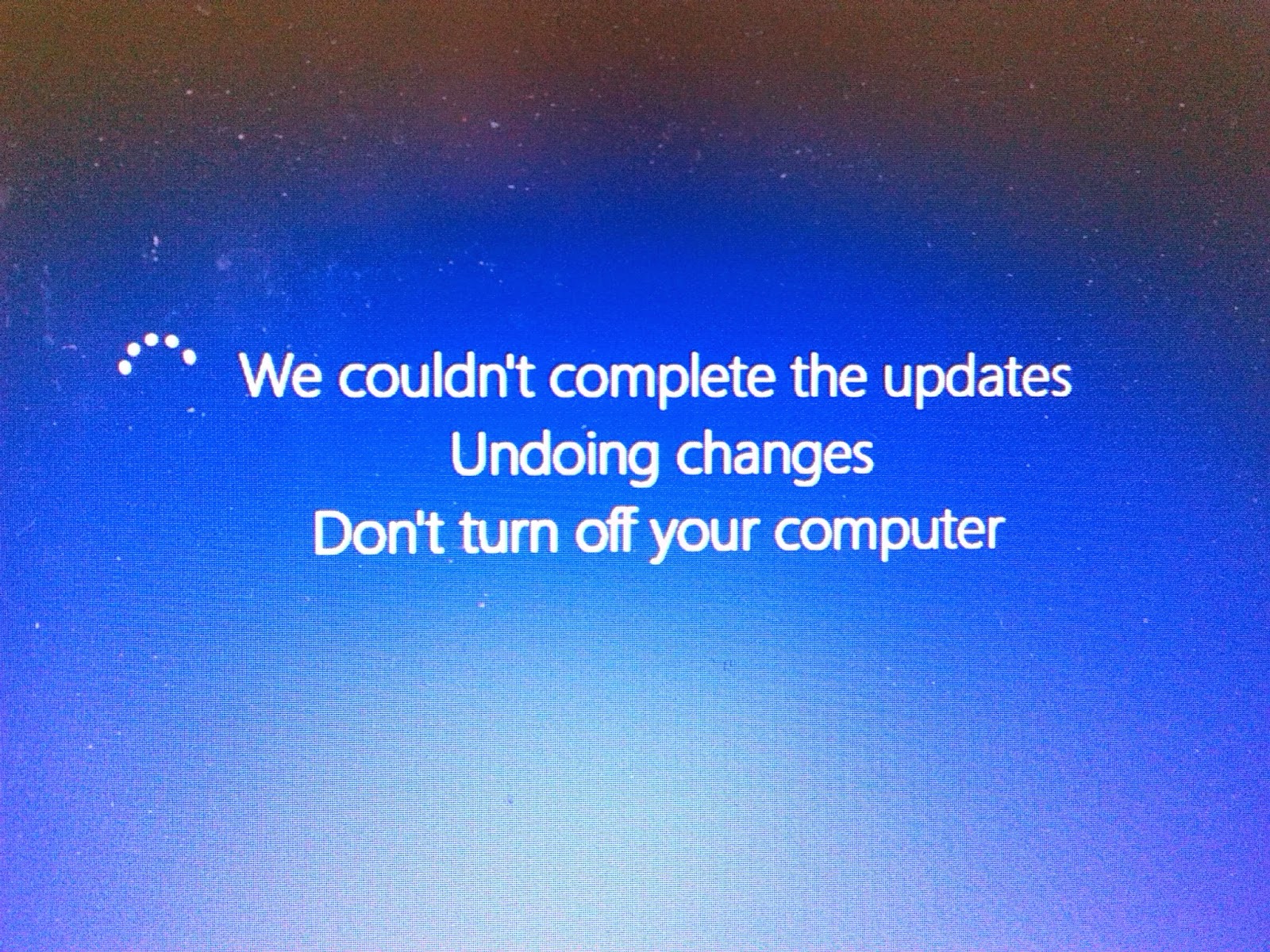 So sometimes I’m a consumer. I like to think a reasonably savvy consumer, but a consumer nonetheless. And when something that I have paid for and depend on doesn’t work, as a consumer, I don’t like it.  Not just that, I actively resent it. Time I spend making it work is time I am not spending on something of more value to me. I already paid for that thing. It should work.

But the intellectual challenge of finding the solution? Means nothing.

But the sense of achievement when it’s resolved? Don’t give me that. I’ve no time for it. I’m all about how now I can get on with what I have to do, and with the backlog of stuff I didn’t do because I was fixing that thing that I already paid for, and the new backlog that’s building up while I deal with the old backlog, because of that thing that I depend on, that should just work.

So an unreasonable consumer? Not from my point of view.

As a consumer, I recently encountered a Windows 8.1 update issue with KB2919355. It failed and rolled back, with a banal message displayed and no information on where I might get more details on the failure.

Each attempt took around 30 minutes.

I made plenty of attempts.

I tried letting Windows Update do it automatically, I downloaded the update and ran it manually via Windows Update, I downloaded the update and ran it from the command line, I rebooted and was forced to reapply the update, I was forced to reboot and unintentionally applied the thing during attempts at fixing the damn thing. The thing that I paid for, that I depend on, that should just work.

I spent a lot of time on Microsoft and other forums in the virtual company of other poor souls in a similar position to me but with different environments, error codes, error messages and conflicting and incomplete advice from well-meaning onlookers whose systems, that they’d paid for, that they depended on, all appeared to be working.

I uninstalled the update, I cleaned out the older versions of the update with dism, I reviewed the status of my file system with sfc, I installed with and without peripherals attached, I uninstalled VPN software, I spent an awful lot of time looking at various log files, I edited my registry and more.

And I fixed it. In the end. But my goodwill towards Windows 8, which I’ve otherwise been getting on with pretty well, having made the jump straight from XP, was reduced. With your software development head on you might say this is not particularly rational. It’s a product. It was some kind of bug. These things happen sometimes. Most people were OK.

But I am a consumer, and I paid for that thing, and I depend on it, and it happened to me and it wasn’t fixed right away and I had to spend my time to fix it and maybe I’ll think a bit more about other alternatives next time I’m ready to part with some cash.

Are your customers consumers?