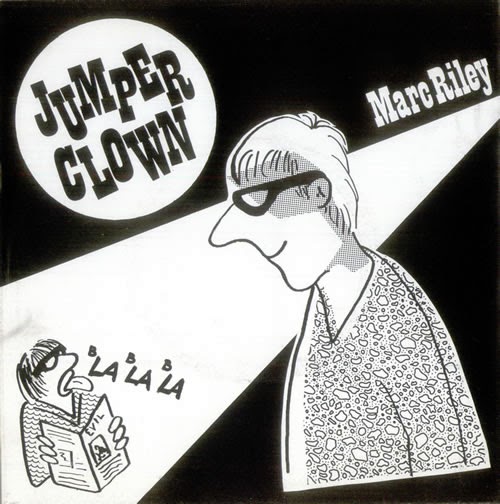 [Fade from black to bright sunshine.]
The Test Manager was out of the office looking after his kids at half term. They were on what they called an adventure walk where he’d made a list of stuff for them to find on the stroll down to the river for a picnic. Their favourite on this journey was the window of wheels which they worked out in the end was a bike shop. (No, really, they actually asked for this.)
When he returned to work the following week, nominally refreshed, the Test Manager found a jumper neatly folded and smelling freshly laundered on his desk. Tester 1, who sits behind him, said that BD, a member of the BizDev team, had left it there for him.
The Test Manager was flattered. It was a tracksuit top affair, snazzy, and just the kind of thing he’d like. BD was quite a sporty chap and bigger than him, so perhaps it had got a bit tight and BD, recognising the Test Manager’s sartorial panache, had decided to pass it on.
He put it to one side and got on with his work.
Later, having not run into BD all day, he tried the jumper on and showed it to Tester 1. She made appreciative if non-committal noises. (Yeah, she knows how to talk to management.) Her reaction reassured him that it was gift – he couldn’t recall, now, whether she’d explicitly said so that morning. She, for her part, was simultaneously also now reassured that it was a gift. For her, BD wouldn’t have left it on the desk the way he did unless he either knew it belonged to the Test Manager or was giving it to him. The way the Test Manager was flouncing around like some context-driven Naomi Campbell showed that it was new to him and so it must be a gift.
The Test Manager took the jumper home. His kids loved it. (Yeah, some people just love anything new.) They told him to wear it the next day. The Test Manager had experienced the negative reaction of children to rejection of (or even trivial variation from) any suggestion so he said that he would.
The next morning the Test Manager, wearing the jumper, found BD at his desk and thanked him. He said how much his kids had liked it and described how they’d forced him to wear it immediately. BD looked a little puzzled (but this is business talking to technical, remember) and then said something that sounded to the Test Manager as if BD had picked the jumper up from the table nearby. The Test Manager took his turn at the quizzical face but social niceties (and doubtless mental scars) prevented either of them from voicing any questions.
For a few minutes.
The Test Manager finally asked BD where the jumper had come from again. BD said that he’d found it left on the desk and thought it was the kind of thing the Test Manager would wear, so it must have been his.
Oh.
The Test Manager took the jumper off and put it back where it had been found for the original owner to pick up. A few minutes later ping! an email arrived (actually, IRL the Test Manager keeps the sound on his computer turned off at work – he’s not a complete idiot).
The email was from the Office Manager, to the whole company: Jumper found! The Test Manager turned to Tester 1 to explain the confusion and saw Tester 2, who sits nearby, shoulders shaking, coffee cup clamped between his teeth, doing a very poor job of disguising his amusement. When the Test Manager poked him with the stick he keeps for such purposes (not really! He uses it to scratch his athlete’s foot. But it is handy for minions too), Tester 2 turned and laughed loudly. “I can’t believe you’ve lost that jumper again already” he said.
The Test Manager turned to the fourth wall, aghast and agape.

Display caption: Since the events described in this post, the jumper has been sitting, unworn, unloved and unwanted on top of the Office Manager’s in-trays.