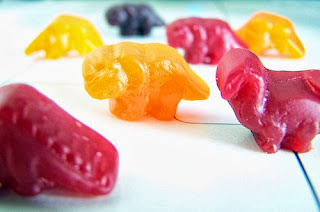 Of course (of course!) we were delighted to be asked to provide test support for an internal project which was upgrading an important and widely-used application and rationalising the data associated with it. Of course (of course!) the many application instances are intended to be standardised but, despite best efforts to be consistent, over time we’ve built up a load of special cases, workarounds, emergency patches and so on, all of which make this kind of migration task more difficult.

Of course (of course!) the deadline was both close and ambitious but there was enough time for us start to write automation to obtain a client-side view of the data and configuration on each instance (via an API) to provide an initial audit and then agree policy for migration with the various stakeholders based on that. We then extended the test code to generate an expectation of the equivalent client-side view for each server on its migrated instance which we’d check (via equivalent API) in the new software.

Of course (of course!) across several rounds of implement-test-analyse-fix we converged on a stable system, the automation giving a broad brush regression test at a scale and speed impossible in manual testing but backed up by a team of testers interacting with the application. By the final iteration the automation wasn’t in step with the implementation, but we were confident we knew where the major exceptions were and had plans to fix them.

Of course (of course!) without budget our options were limited, so we decided to try recycling the test automation by leaving it running on a loop against each of the servers for several days. We had each experiment log to a unique file and write a pass percentage into it. At any given time we could simply grep the logs, import into Excel, and plot the pass rates for each instance of the application for each test set over time.

Of course (of course!) we knew that pass rates wouldn’t be 100% in many cases because we never got back to fixing up the expectations of some of the checks. But in this round what we were interested in was the deltas: without some external action, the results should not change. If the results don’t change, we have some evidence that the system is stable. When results did change, we investigated, but didn’t attempt to change the test code’s expectations. Instead we simply looked for further changes to the new pass rate.

In this chart, time point 4 looks like a transient infrastructure issue since all servers experienced a change in behaviour at the same time and then recovered. Server C’s data disappeared at 6 suggesting that the test code might have failed in one iteration, but we don’t know why without looking. The same server experienced a sharp delta at 9 while none of the other servers were affected, so probably an issue on that server to investigate. Server A changed behaviour at 7 and stayed there: perhaps a genuine data change, or perhaps some persistent failure.

Of course (of course!) there were some positive results: we identified one back-end server which had to be recommissioned due to disk problems and another which was not being load-balanced correctly.  And of course (of course!) there was some noise and some false results which, if nothing else, on investigation confirmed that the system was working as expected. For instance, we found that contention for licenses prevented some suites from running occasionally. And then of course (of course) there was the growing confidence that constant usage wasn’t of itself a problem for the new installations.

Of course (of course!) we did have to expend some resource on this work, but the analysis wasn’t particularly onerous and we think the benefits were worth the cost. We tweaked things based on the early round of test to reduce the noise, identify patterns which could be safely ignored and so on. We also started to parallelise the same set of tests and so put more background load on the system as we became happier with the way it was functioning.

Of course (of course!) this kind of approach won’t work everywhere and depends on some conditions being met, for example that changes in the data and configuration being checked are uncommon across the test period. It should be noted that it may also not expose different issues, or combinations of issues, that happen to have the same pass rate. Investigation of issues will probably be made more efficient if logging includes diagnostic information and time-stamps so that it can match up with server-side data when there’s a need for finer granularity than the simple pass rates and, in fact, we found that grepping (although I’m using ack more these days) this richer data was a good way to perform quick investigations and look for patterns across servers not shown up by the basic pass rate.

Despite the caveats the method worked well on this project, and I’d use it again when I thought it would provide benefit. The implementation team liked it and thought we did a job of the highest quality, were the best testers they’d ever worked with, had great rapport with them, great team spirit, good fashion sense, great hair and smelt nice. OK, they didn’t actually say that but they were thinking it, of course. (Of course!)