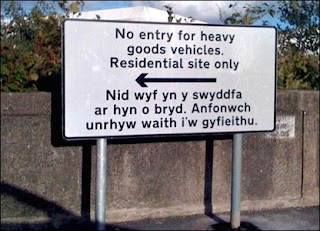 One of my colleagues sent round a link to a BBC news report from 2008 in the week. Chuckles aside, it’s the kind of thing that time and distance from the issue – geographical and emotional – renders insignificant in the grand scheme of things. It’s also the kind of thing that immediacy and proximity to the issue inflate into a big deal requiring things to be done to make sure this never happens again.

Often that’ll be some kind of instruction to immediately put more checking in place. Knee-jerk process is frequently fragile or deficient process and extra manual steps to secure an already manual process can easily have the opposite effect. It might be better to wait to see whether this is a one off or part of a pattern. It’s likely to be productive to spend a little time thinking about the whole, and alternatives, rather than simply trying to fix up the end.

Questioning a workflow, the need for the workflow, the implementation of the workflow and so on are tasks that a tester should be suited to. Here’s a few things to kick off, feel free to add more in the comments.

Be sure that the cost of any analysis is proportionate for the likelihood and severity of a recurrence of the problem. And don’t forget to fix the issue too: Swansea council made a new sign with a more accurate translation.