Errors by any Other Name 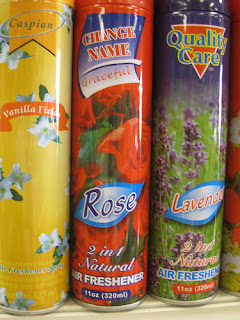 What’s in a name? That which we call errors
By any other name would smell as sweat;

Really? What exactly are we talking about here? I like the broad Rapid Software Testing take on what a bug is:

A bug is anything about the product that threatens its value.

The BBST Bug Advocacy course has something similar:

finessing the idea by introducing the notion that there can be reasonable or necessary (to people who matter) compromises in a product, and that these might not be regarded as bugs.

Multiple names exist for many reasons including: because language is productive (e.g. metonymy, synonymy), because the distinctions are required or useful in some situations, because they’re taken from the tool used to manage them, because of misunderstandings, because of tradition, because of culture, because of migration of words from one person or project, or company or industry to another.

And some of the names here are probably not widely used as synonyms for bugs as a whole. Some are sub-classes of bugs, for example suggestion, crash and side-effect. Some are potential attributes of many sub-classes, such as regression or blocker. Some refer to the artefacts produced in the recording or acknowledgement of an issue and which, strictly, are distinct from its existence: ticket, call, report, incident and the like.

Does it matter that we have so many names, anyway? Put simply: yes, sometimes. People are highly attuned to nuances of meaning and also, more pertinently, to forming opinions based on their interpretation of a simple word. If you don’t believe me, sit in a meeting where a product or a company name  is being decided. The choice of term for (let’s say) an issue can be interpreted as, amongst other things:

There’s some discussion on the STC about whether we need industry standardisation on these kinds of terms. I don’t think we do, although it’s clear that there’s a set of words that have loaded meanings in some circumstances and in any dialogue that requires non-shallow understanding, those terms are going to have to be defined.

As usual, context is the guiding factor. The people you’re talking to, the relationship you have with them, the kind of problem you’re discussing about the kind of thing that you’re building or supporting, how you’re discussing it need to be understood by both sides, or you’ll start to see issues, mistakes, errors, problems …