I Done the Ton 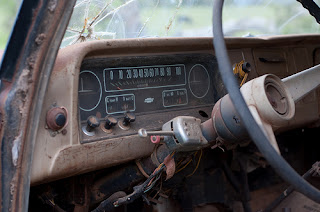 I started the blog just under two years ago with the self-challenge of writing 50 posts in a year and a manifesto of sorts:

I was inspired most directly by Abakas and QA Hates You which were both being updated frequently, spoke with a distinctive voice and were provocative in their own separate ways. Catherine Powell would frequently cover topics away from testing, with an eye to making a point relevant to it and always clearly from a practitioner’s perspective. Brian Noggle’s persona was – and is – more aggressive and humourous, frequently using examples of failure to make his points but again with practical experience backing him up.

I’d been a tester – and test manager – for a handful of years by then. As usual in start-ups, I’d done all sorts of stuff prior to that, including software development, web sites, marketing, pre-sales, training, IT, technical support and tea boy. When we started the company part of my work was in Java development because we decided to implement a rich UI in that language. So I learned Java on the job (with no commercial programming experience, Prolog was my “best” language at that point) and then discovered how I like to to (try to) manage people, projects, infrastructure and the rest by building up the Dev team over the following years.

As time went by the company grew, the codebase grew, the product grew, our customer base grew and our bug database got gruesome. It became clear that we needed to do something less ad hoc in testing and we recruited a Dev manager while I started a test team from scratch.

Researching background material, the first book I bought was Lessons Learned in Software Testing. Wow. So many of my intuitions about how I felt I wanted to test were being described and many pits I might otherwise have fallen into were being signposted. We have a couple of copies of the book in our company library and I recommend it to all new members of the test team and developers who ask. I still dip into it and, when I do, frequently find some nugget of information that’s relevant to what I’m doing right there and then.

As I got more experienced I started to think more deeply about what I was doing and how I was doing it and tried to tease out where my actions, intuitions, ideas and mistakes were coming from. Then I wondered whether there might be value in sharing those thoughts. Personally, I wanted to make them coherent enough that I could express them reliably. For others, I hoped to provide a resource; not Thomas’ Golden Laws of Testing, but one man’s take on stuff that has mattered to, bears on or came out of his time spent testing software.

I’d like to think I’ve achieved what I set out to. I managed 50 posts in that first year and the centennial’s arriving just before the second anniversary. Reading back over earlier posts I’d probably change a few things if I was going to start them now but by and large I’m happy they stick to the manifesto. Colleagues recognise me in the writing and noting now how often it seems that I’ve mentioned cups of tea, referenced musicians and wedged in an excruciating phonetic gag, I recognise myself too.

Trying to post around once a week has been a useful discipline. If nothing else it’s motivational. I’ve managed to carve out time even when life and work have been hectic and I’ve improved my productivity both in writing the posts and in the writing I need to do day-to-day.

It should be no surprise that trying to get a thought out in a form someone else can understand forces you to clarify your own understanding, but it’s perpetually interesting to me how much the idea I’m trying to express can have its resolution increased – not to mention its core components adjusted – trying to blog about it. Paul Heaton of the Housemartins put it brilliantly, for the parallel case of song writing:

“And then it’s like doing a really difficult crossword. The thing is to get the first clue – that’s when you realise what this song is going to become. It’s going to be something good, because you realise for the first time that, for the whole of your life, you’ve held opinions about this subject. And that’s a really enjoyable part of the job.”

I’ve found that I learned a lot from just researching statements or implicit assumptions that I’ve made in the first draft of a post. I’m also not too proud to say that I’ve learned a lot about testing from my colleagues. Developers and testers coming from other companies, with longer experience than me in and around testing, have given me approaches, heuristics, resources, technology, ideas and more that I’ve absorbed into my own work and attitude.

I’ve uncovered (to myself) that I’m very interested in value, efficiency (particularly of communication and collaboration), sharing, thinking before acting, idea generation, maximising my own skills, trying to show that testers are not islands and more. I already knew that I loved wordplay, and tea.

I’m really enjoying the act of writing, and of finding images that suit th
e post, with some often tangential reference which I hope readers might notice in their peripheral vision. In fact, trying to inject these has given some insight into how to spot them, and by extension is a good exercise in looking for unexpected connections, unintended consequences, unwanted associations and so on in the day job.

It looks like others might be seeing some of the value I’d hoped for too: the readership is increasing (according to Blogger‘s numbers) and I’ve had interesting discussions with other testers on the back of the blog, I’m approaching 300 followers on Twitter (still can’t believe that many people care, even at the low-level approximation to caring that following implies) and I’ve been asked to contribute to the Testing Planet, which I’ve done a couple of times so far.

There’s a sidebar on the full version of this page that shows the current most popular posts as judged by readers, but here’s some I found I was particularly happy with when reading them back this week:

And so what next? Well, why stop when I’m having pun?
Image: http://flic.kr/p/6f6sXg