Bonfire of the Qualities 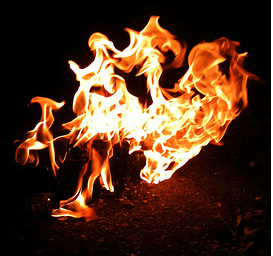 For the young, the neophyte, there is the enviable clarity of vision, the easy bipartition of almost any argument, the shiny guillotine of truth that demarcates those two polar opposites right and wrong. For the old, the more experienced, there’s the enviable broad field of vision, the easy fragmentation of almost any argument, the dirty Brownian motion of compromise and pragmatism that blurs the distinction between those two already diaphanous, hazy notions right and wrong.

As it is in life, so it is in testing.

A significant challenge, I’ve found, in test management, is to explain why we’re going to go ahead despite some issue. However much I might sympathise with the desire not to, however strongly the argument against it is felt, however clear the issue is thought to be, however strongly the argument is being put, if not addressing it now is the right thing to do, I need to say so without giving the impression that I view quality as some kind of Guy Fawkes dummy, to be hawked around in public now and then but inevitably chucked on top of a nearby conflagration.

In life, they say, honesty is the best policy. And it’s the one I employ in test management too.
Image: http://flic.kr/p/7hzTdF