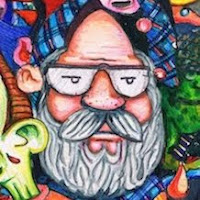 Humpty Dumpty was a big fat egg. Or he wasn’t. He was a cannon. Perhaps. He represents King Richard III, some say. Maybe, others say. Whichever, if any, it’s fitting that Lewis Carroll has him saying this:

When I use a word it means just what I choose it to mean — neither more nor less.

Recently during a team-wide festival of testing I was listening to Research-based pop, the new album by The Durds. I say festival of testing and you have no idea what I’m on about. (I am in management.) I’d really like to say testival  (yeah, let’s innovise and neologate in a blog on lexical matters!) because that kind of thing appeals to me but it would take us even further from a common understanding.

What I actually meant and could easily have said is that the test team set aside a day to address a backlog of verifications without any distractions. To aid my own concentration and discourage interruptions, I was listening to Research-based pop, the new album by The Durds.

The Durds care intensely about language and wouldn’t have christened their record so without (at least internal) justification. I’ll willingly agree to research-based given lyrics straight from the academic literature like

and potted histories of Hervey de Stanton, Astroglide and Jarlsberg cheese. These are songs of great detail, dedication and delicate execution.

But I’ve got to quibble with pop. For Humpty it would be enough for The Durds to consider themselves pop to use that soubriquet, but could – for example – the sound of an inebriated fly inside Kraftwerk’s gentler moments really be pop to the average person? Is your Mum going to be humming along to that on the radio in the mornings?

For years, I thought I liked pop music but came to realise over time that what I actually liked was the notion that the records I considered catchy could become popular and so replace or redefine pop music. To the extent that it has a definition, of course. (For what it’s worth, I like the way the KLF talk in terms of a handful of golden rules in The Manual.)

That’s one of the things about definitions: they frequently change over time, as ideas about the thing covered by the definition changes. You might no longer agree with some basic tenet of the definition; some of the terms in the definition itself might transform their own meaning, altering your definition by default. You might lose faith in the value of defining the thing you were once interested in. Perhaps it has become a special case of some more general concept; perhaps it is too general to provide a useful hook to hang any concept on any longer. Perhaps someone else has hijacked the term for their own ends.

A shared vocabulary lubricates collaboration and you should be looking to define or converge on one as soon as possible in any project, and to maintain its relevance. Keep in mind that all terminological choices are not equal. A good one will not only serve to crystallise concepts but also provide a way to model the problem space. A bad one will obstruct understanding and probably cause wasted hours of discussion about the ideas behind the ideas being used to describe the ideas.

The final word to Run DMC who themselves became popular but probably never pop, and felt the need to clarify their own words in a kind of meta lyric: