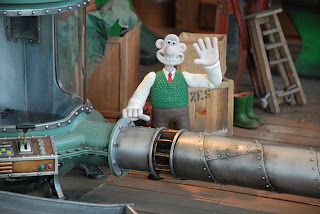 If you stick around in testing for a while you’ll doubtless encounter and perhaps get embroiled in discussions about whether testing is an art or a science. I won’t rehearse the arguments – see The Appliance of Art for a brief review – but I will mention a term I chanced across recently (although it seems to have been around since at least the 1980s) that looks interesting and relevant: mandated science.

The term “mandated science” refers to the science that is used for the purposes of making public policy. Science, here, includes the studies commissioned by government officials and regulators to aid in their decision making. This scientific work is designed and carried out solely for the purpose of supporting particular regulatory decisions.

According to them when a body commissions this kind of scientific work, it’s clear that “the research should meet the test of good scientific work” but there’s a tension because the researchers know that they must find “results that are useful for the development of regulations.”

The exigencies of the political process, however, often make demands upon science that compromise the norms of science.  Chief among those demands is time: when government mandates science to provide information to aid in decision-making, science must conform to the time-cycle of politics if it is to be relevant to public policy.  Such time constraints can result in science-based public policies that reflect an uncertainty-laden, quickly-formed consensus of a mandated report instead of the time-consuming, carefully-winnowed consensus of the ‘knowledge filter.’

Even work outside of a specific policy project can become mandated, Salter says:

Conventional science can be altered by its use for purposes of public policy … more academically-inclined authors might well … be surprised, for example, by the degree of certainty attached to their conclusions or by the implications drawn from their work by expert committees. Their studies, if not they themselves, become part of the world of mandated science when their research is used and interpreted in that world.

Hands up who’s never been told something like “we’re releasing next Tuesday and we need you to test that it works by then” or reported test results that’ve been used in justifications outside of their context.
Image: http://flic.kr/p/8gxH2e