I had a bizarre experience dealing with one of the development teams which had adopted Scrum for developing few smaller applications. ‘Few’ because this organization was predominantly adapt to using waterfall or v-models. This experiment with agile was being treated as the new love and everyone was over-cautious about the ‘on time’ delivery and success of these apps. I believe any one can understand that. And if anyone can understand that, I can sure understand that too. I understood the pressure of delivery on that team.

What was strange was the total seclusion and aloofness of this team. They were hardly allowed to speak or provide details to anyone as if they were working for the FBI and if they spoke they will be called Snowden. Hah!

Unfortunately there were couple of interfaces that were connecting one of my projects to these new apps. In order to ensure that these interfaces get tested, my test lead wanted to speak to someone from that team. He requested one of the managers to provide a short 15 minutes overview of the apps so that integration and/or interface requirements and test scope can be defined for both parties. By the way, this test lead was an experienced scrum master and had better understanding of scrum than many other people. Hence he also suggested about attending Sprint review rather than a separate meeting. But oh God, what blunder he did!

The next day I saw multiple escalations coming from all sides to me. Our ‘special agents’ complained to my managers that we were attempting to waste Scrum team’s time and affecting sprint velocity. And also that any such request to participate in sprint reviews was not acceptable at any cost. They told us that they work in a lean environment and any extra work will be an overhead. Seriously? A 15 minute demo is an overhead?

These guys spent over one hour writing escalation emails to various stakeholders including my managers and they called a 15 minute overview an overhead. Joke, isn’t it? Is this seriously how lean & Scrum works? Personally I have been involved in various Agile (XP, RUP and Scrum specifically!) projects since 2005 and never saw or heard anything like that. 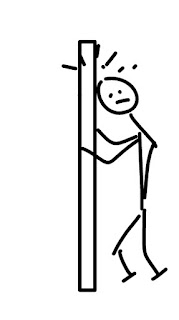 I was told that Sprint reviews are for the PO, Scrum Team, the Agile Coach, and any stakeholders that understand the Scrum Product Creation Game and are willing to obey the rules. So, was I not obeying the rule if I wanted to be part of the sprint review as an observer? In fact, I was just assisting this team by not asking for a separate demo of application.

We were also told that as part of knowledge transfer to support a functionality “demo” of working software is a decent practice which takes place in the last sprint and that we were welcome to attend that. (arrrrghhh, another human bias where we start believing that the other person knows nothing about our subject matter. This Agile coach was talking about Sprint Demo and kept on talking as if we had no idea of agile. So, by asking me to wait until last sprint, he was blocking other dependent projects and increasing overall costs. Now who cares about that Mr. Lean!

I think I should have sent these lines from Agile Menifesto to them: