My Love/Hate Relationship with Technology: Part I

I have a love/hate relationship with technology.

I definitely won’t deny the fact that technology can make life a whole lot easier:
Man, it’s hard to remember life before these things were so common. Don’t get me wrong: 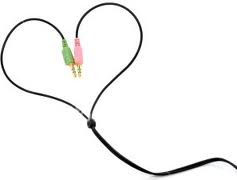 But I do wonder how far it will go. Some of what we are achieving impresses me. Actually, not too long ago I just did a Google search using my voice. 2 attempts.
“Where is Chocolate Boutique?” resulted in “Where is Chocolate a tick?” in the first time and “Where is Chocolate Botique(sic)” the second time.
So the system is learning, and I like the idea of typing less and talking more (be gone RSI be gone!).
But then some things I am seeing are just plain showing-off.
Last night I saw an ad for a TV that is controlled by voice and motion (as opposed to a remote control).
My first thought: Oooooh. Faaancy.
But then again, there are a decent amount of TVs out there, that you need a remote control for- and if you lose it, you’re screwed. So this TV definitely solves that problem.
So, in a few years time, I might look back at remote controls and deem them primitive.