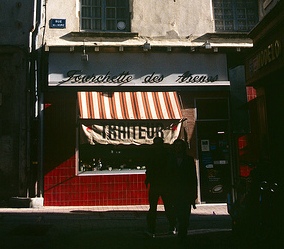 Musing on the recent call for articles on skills for The Testing Planet I got to thinking about the difference between skills and traits. The former is sometimes described as something learned and the latter as something innate. A quick web search throws up plenty of examples of this (e.g. 1 and 2) but that explanation is too glib for me, particularly the second of those articles which advises “If you’re having trouble separating skills and traits, think in terms of action verbs for skills, such as: training, implementing, leading, promoting, developing, presenting, organizing, planning”.

I’ve ended up in software testing and (on the good days) I like to think that I’ve got skills appropriate to the role. With the benefit of confirmation bias hindsight I can think of things in my boyhood that suggest I’ve always been the kind of person my colleagues think I am.

Weinberg, amongst other things, challenges himself and us to find at least three alternative interpretations of whatever we are presented with. When I was younger I found that I’d often prefer less-common readings of the stuff I heard. A couple of trivial ones have stuck in my head.

Long before I found that there was such a thing as linguistics, I used to find the way people spoke and the nuances and differences and oddities of that fascinating. I remember when I noticed that I’d use “us” where other people we saying “me” (it was on the crowded top deck of a bus and I said ‘scuse us) although I didn’t know about singular or plural nouns or dialects. When playing football in the street and the ball hit someone’s hand, most of us would shout accidental! and the game would carry on. Occasionally, someone would shout accident with the stress on DENT as if they were going to say “accidental” but stopped at a prefix which was also a proper word and appropriate in the situation.

I am James Thomas and I am a punaholic. The Dev manager claims that the puns I like best are the ones that are especially contorted, maintaining a tenuous or perhaps multi-step – but real – link to the source. And I think he’s right. Since I can remember I have been intrigued by this kind of wordplay and now I can almost feel my mind running through associations when I see a picture or hear a word.

Elements of these things can and do help with my work – and sometimes hinder it. I don’t know if they are skills or traits, whether they are accidents of genetics that I’ve been blessed or cursed with or that I’ve nurtured by use, whether they’re behaviours copied from my parents, forced on me by my environment, whether any kind of classification is possible, or valuable, whether that would depend on the context anyway or if it even matters at all.

I often hear people say things like “testers need to be pedantic” but my own view is that testers need to have a capability toolbox – regardless of how those abilities have been acquired – and they need to know the tools in it and they need to be able to take out the appropriate tool and use it appropriately.  The experienced (or, probably more correctly, the wise)  tester will agree with this but they’ll also have learned, or perhaps they just intuitively know, that sometimes something else is needed. Traitors!
Image: http://flic.kr/p/Avc4R