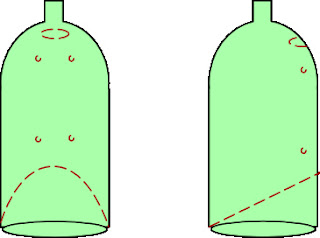 One of the challenges of testing is coming up with new things to try. Sure, there are common software anti-patterns to look for, and probably specific recurring kinds of issues in your particular product, that can form part of a test strategy. But, particularly as your application matures, you’re more likely to find higher value problems with novelty than simple repetition.

During a recent round of exploratory testing we spent some time brainstorming test ideas. As a driver for productivity, spontaneity and creativity we tried something we hadn’t done before: a strict two minutes on each of the CRUSSPIC STMPL letters with every suggestion that was shouted out noted straight down on the whiteboard without discussion or elaboration.

After a brief review and some aggregation and refinement, we generated a bunch of session charters which included some new general approaches. Here’s a couple:

In retrospect, I think we what we did here was extend the quest for novelty to make it part of our approach to generating approaches. We embraced the unfamiliar ideas that we came up with and by virtue of using them, gave ourselves some inherently original charters which in turn put us into the product by routes we hadn’t travelled before with fresh ground to break. Best of all, if and when we re-run sessions under these charters in future they’ll supply that newness again.

Coda: The two approaches I’ve mentioned did give us the returns we were after along with some others including these: we exercised our skills in learning enough about something to make use of it quickly, we found a bug in a third-party tool, we identified a tool we’re definitely going to look at further and wrote it up on our wiki to share the knowledge within the team and we learned enough about XSLT to solve a customer issue which, as it happened, could be applied almost directly to the version of the product in the field too.
Image: http://flic.kr/p/58KgGS