The Journey of a Test Analyst: Part III Diving into the Big Bad World of Testing

This is Part III of the Journey of a Test Analyst series.

Part I: The Beginning
Part II: Getting my foot in the door

Starting work as a Test Analyst

After 4 weeks of training  I was finally…

DUN DUN DUN
Off to my first project as a Test Analyst!
Inside, I felt a mixture of this 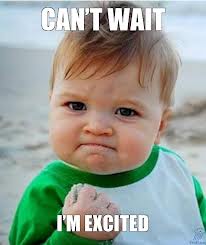 You see I was nervous as this was my first project and part of me was a bit worried that I’d put my foot in my mouth and say something stupid or not ask smart enough questions. But then I was also pretty excited as this is what I’ve been working towards this whole time.
On my first day, I had 2 people ask me if this was my first (ever) project. I gotta admit, that didn’t sit too well with me as from that point on, on my first day, I was worried that I looked a teeny weeny too fresh-faced. But hey, it is what it is so I smiled back and responded yes it is.

I should have kept notes on which Design Specs referred to which part of the functionality.
Since I was working on a pretty big system, there were a decent amount of Design Specs I had to ‘study’ to understand how the system was expected to operate. I wish I kept better -coughlegiblecough- notes.
There are HEAPS of people that work in IT projects in roles that I never knew existed
Namely, architects and infrastructure. Up until this point, I only associated architects with home design and infrastructure with cities.
Face to face communication is much better than email and/or phone
Even if you’re a super-guru with the written word- it can still be difficult to articulate your thoughts in such a way that what you say, and what the other person hears/reads are actually the same thing.
One of the Grads from the previous intake gave me such advice which is to hold face to face conversations then email the other person a summary of the discussion to make sure you’re both on the same page.

Only using 1 screen can be rather difficult
This is particularly true as I can look back on only using 1 screen after being exposed to the joys of 2.
For more info, please refer to this: The Joys of 2 Screens
Time is precious
Make sure I get straight to the point when I ask other people questions so that:
1. They don’t see me as a time-waster
2. They’re more likely to be happy to answer questions in the future
You can expect A LOT of reading in the first few weeks
I had to not only read the Design Specs to learn how the system was supposed to operate but also read up on the terminology of the organisation that wanted this system built. 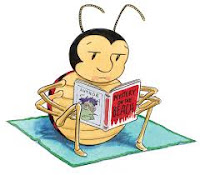 It’s great to make friends on the project, who work in separate areas to you
Other than the obvious perks of having friends, I liked hearing about what Developers, Business Analysts and Technical Testers need to focus on in a project.
If you want to upskill- just put your hand up
We used Sterling Business Integrator to check what was happening between a few systems. Since, I wanted to learn how to use this tool- I asked for help and guidance on how to get started. One of my best friends on the project, who has since gone back to Australia, and my mentor were great at showing me how to use this.
How to take a screenshot of just the active screen
It took me about 6 weeks to realise that there was another way to take a screenshot other than Ctr
l + PrtScn
Answer: Alt + PrtScn
You need to be very clear in what exactly you are raising a defect against
Since you only have the written word (and screenshots to support what you say) at your disposal, it helps to describe exactly what you did that resulted in you discovering the defect and state clearly if the defect is against code, design etc.
You don’t always have to go for gold at shared morning teas etc
There’ll always be plenty more