Why I Mess Up 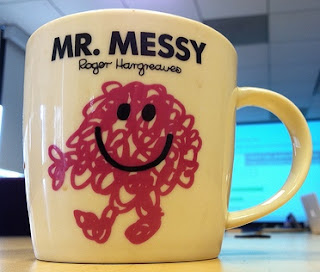 I’m not talking about deliberately entering junk content into applications, configurations, data and the like. I’m not talking about random clicking in a system under test or trying to engineer corner cases by artificially restricting disk space or RAM or some other resource or any other of those legitimate test vectors that benefit from experimenting with the available parameters.

I’m talking about sympathetic testing – or even just plain usage – in an untidy way to try to increase my test coverage in passing. Here’s some examples:

This can be extremely productive and has the side-benefit of forcing you into a state of mind where you’re alert to issues from the moment you begin your task. You should be looking to automatically log wherever and whatever is possible, record exceptions and other error trace immediately you see it, take screenshots of anything you think might be unexpected behaviour and so on because one of the consequences of this approach is that reproduction steps can be harder to obtain and the evidence can help you to return to the bad state later.

People talk about setup, test, teardown sequences and in some cases that’s exactly what’s required. You may need to understand your starting context as precisely as possible so that when running a sequence of test ideas you can return to that context each time. But your users won’t be running inside a sterile laboratory, so make sure you don’t always do that either.
Image: http://flic.kr/p/9RnnTK