Use Cases to User Stories

But before I dive into the cool things I learnt; here’s a quick intro to who Dr. Alistair Cockburn is:
He’s one of the parents of Agile Development. According to Cockburn, if you were to describe Agile in a elevator-spiel it is “early delivery of business value” and “less bureaucracy”.

Oh and on a random note he’s fluent in at least 4 languages (I might’ve forgotten one), English, German, French and Swedish- so that’s pretty darn cool in my books.

I found this little tidbit of information rather interesting. Apparently developers prefer user stories as it goes straight to the point of what they need to do. Whereas testers and BAs prefer use cases, as it helps put things on context. It’s important to note that they are not substitutes but more like complements.

We used a grid to depict functionalities and by whom/ when they will come into production. What I found really interesting about this, is that we were encouraged to “think across” by making sure that when we put down a functionality for a role, that we also stated what functionality came into the same release for a different role.
Take Facebook for example. Say for the first release you wanted to allow the person logged in to post photos on FB. Then in the same release, it would make sense to allow both the person logged in, and their friends and family to comment on these photos. 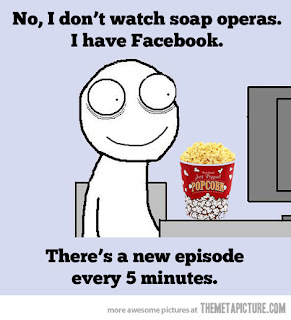 This is where we brainstormed ideas on who exactly was using the system and their motivations behind it.
Ok, let’s take Facebook as an example again.  (Hey, I use it a fair bit and most people are familiar with it).

Here’s how the Brainstorming session could go.
Me: I want to use Facebook to keep in touch with people I hardly get to see. Post funny videos and photos to my wall. And every now and then see what exciting things other people are up to (usually it’s the people who travel that I FBstalk a little bit more than others hehe)
My friends: I want to see what other people are up to -coughfacebookstalkingcough-, update photoalbums from the weekend and use it to chat to other friends in the evenings.
FB Shareholders: I want FB to make a profit in the long-term so I get more bang for my buck.
Founder of FB: I want FB to be the best social networking site and stay ahead of the competiton.