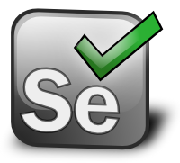 For those who haven’t seen it, and are in the SF Bay Area today, the San Francisco Selenum Meetup group will be getting together tonight. I’m setting the stage with this post, and I’ll update it later this evening when the event starts so that those who can’t be there can get a taste of what’s happening.

Tales From the Selenium Testing Trenches

The first speaker is Giri Nandigam of TRUSTe about their Tracker Detection Tool and how Selenium has become part of their mix to test, develop and move forward. TRUSTe is in the business of protecting customer data, and to do that, they have to make sure that large amounts of data can be safeguarded, and that involves dealing with some huge systems. Their goal was to try to comb networks to look for data and verify that it is not being exposed. Their challenges that they were facing were having issues where JavaScript engines would throw too many errors, and trying to get systems that could be maintained in a realistic manner. Their idea was to use Selenium as a crawler, and to allow them to use Selenium to go from page to page, to collect all of the links (thousands of them) and then export out those links as HAR files for later access. Also, they’ve made a browser hack so that they can get access to the cookie store for requests (an interesting way to go about doing some protective data mining, to be sure).

These kind of talks are always interesting because we get to see what other organizations do with Selenium, and while we are used to thinking of Selenium and its framework to “test”, it’s a system for computer aided processing and step automation, and looking to see what data can be gathered.

Taking a little break, and nature calls, so I’ll be back in a bit. Oh, and Ken got the last Tamale, if any are here and looking for more food ;).

The second speaker is Dr. Wenhua Wang of Marin Software, who will be discussion ways to use Selenium to test IE. Due to a lot of multi-browser needs ,and yes, a large customer that mandates IE7 as part of the support deal, IE is not going to be something I will be seeing less of any time soon. Marin has   lot of legacy code and the idea of creating new automation tests was and still is a daunting situation to deal with.

Also, many of their tests used XPath locators (sometimes very helpful, but often very expensive if not implemented in the right scope… hey, I actually understand what that last sentence means now 😉 ). They decided that, rather tan start from scratch, they would see how much of their existing test code they could refactor, especially with the gains that WebDriver now gives to allowing an easy retrofitting of Selenium drivers, and instead of changing the testing code itself, use the time and energy to update and refresh the locators and methods to access them.

The big win and goal of these changes was to try to explore techniques that would minimize the code maintenance, plus allow for a maximum on the return of effort with the lowest overall cost. Developing automation tests with well supported techniques will help make sure that the churn of test change is minimal.

One interesting question from the audience was to ask “if you could do this all with no budgetary impact and all the resources necessary, what would you do differently”? The best answer came from Ken, who was sitting right next to me… “tell your developers to make sure that very element has an id or a class!” Frankly, I couldn’t agree more!

I said I was looking forward to seeing Chris McMahon and Zeljko Filipin being in town for this, and sure enough, they came. I felt bad that I didn’t have any time this week to get out and hang with them while they were in town, but this in a small way makes up for that. My thanks also to Ken for being my ride to the city tonight, and letting me take a much needed nap on the way up (that’s a topic for another post, but not just yet 😉 ). To all of my Selenium compatriots, good to se you again, and we get a treat in two weeks, another session at Pivotal Labs, this time to celebrate Elizabeth Hendrickson’s in-print launch of Explore It. That will be on Tuesday, March 12, 2013, and I hope to see you there :).