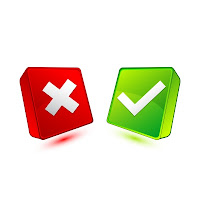 Testing’s just a matter of following the steps, they say. It’s as binary as a no/yes or a fail/pass. Anyone can do it. That’s obvious isn’t it?

Well, perhaps. But they’ll still ask: why do bugs suddenly appear, every time you are near? It’s close to the question Karen Carpenter posed and easier to answer: bugs appear because people write the software and manage the processes used to produce the software. And why when you’re near and not others? Because, like all good testers, what you follow is your nose, and you know the importance of things like

At this point, it’s traditional in testing to produce a MNEMONIC aide memoire but I won’t because it’s obvious. Isn’t it?
Image: digitalart/FreeDigitalPhotos.net