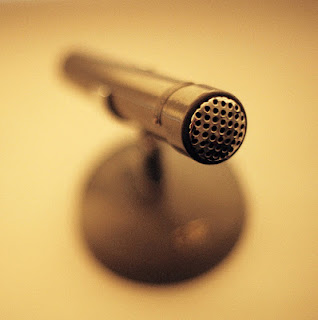 The idea that rapid review of potentially large volumes of data can be facilitated by the right kind of visualisation is reasonably common these days. Charting has come on leaps and bounds in recent times and blink testing attaches a name to the idea that we can quickly scan even relatively raw data for anomalies. Even at a basic level we’ve probably all flicked back and forth between browser windows or, in the old days, overlaid two printouts and held them up to a bright light to look for differences.

Humans have a well-developed capacity for distinguishing small variations in pitch, tone, duration and so on. In most software applications sound is not key and so we’ve got a sense that we’re not exploiting in our testing (next week: taste, smell, touch and, of course, common). Could we find a way to add a sonic dimension to our software testing to help to identify patterns, outliers, anomalies, critical failures and other events in data?

I think we could.

Imagine you have a load test running against a server and are looking for small variations in response times. In real time, you could be listening to a series of beeps that represent responses. The length of the beep could signify the response time. The pitch of the beep could signify the load on the server. Low pitch, long beeps would be the worst case – slow response when the server was not busy. And you could be monitoring that while doing some other task.

Or how about a UI testing tool, on in the background, that analysed the properties of every component as you moused over them. Any that don’t have all of the required properties (tooltip, label, alt text or whatever you define) cause a cuckoo sound to be emitted. I’m sure you can think of more.

Heard it all before? Or sounds like a decent idea?
Image http://flic.kr/p/kmNw8