Not Slippery When Wet 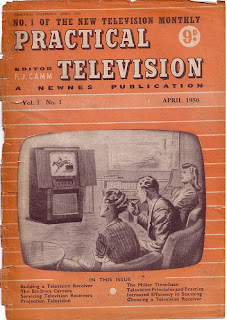 When I put my slippers in the wash the other night I didn’t anticipate that I would need to spend the best part of an hour cleaning what looked like sawdust out of the numerous crevices and crannies that make up the insides of our tumble dryer, and then throw the slippers away. But unexpected consequences are not today’s concern.

When the shower packed up I thought it’d be easy to replace. I should have known by that point that the previous owners of our house never did anything with future maintenance in mind. But maintainability is not today’s concern.

When I chose a cheap bathroom appliance and bought budget footwear I knew I was taking a calculated risk. Immediate savings, when made with open eyes, can be a positive option. However, low costs today can also mean increased costs tomorrow, and those costs, and customer reaction to them, might not be predictable. Which is today’s concern.

I bought the shower because the it was the only one I could find that would fit in the cramped space and pipework in our bathroom. Its cheapness had been achieved by compromising a critical component: the  knob that controls the water flow is plastic and stresses every time it is turned off. Roughly every six months since I installed the shower it has broken where it joins another, metal, component. I now have an account at The Shower Doctor and have spent more on knobs than I did on the shower.

I bought the crappy slippers because the cost (in my time, at the time) of looking for ones I liked was too high so I just paid a little for a stop-gap. When I washed them I discovered that the sole was not solid rubber but instead was packed with Weetabix which had then disintegrated.

In both products, quality was sacrificed for cost. In both cases, it was not possible to tell this from external observation or even moderate use. In the case of the slippers, it’s likely I would not have noticed in their regular lifetime were it not for the corner case of drenching plus tumbling plus heat. In the case of the shower, the defect is an economy that effectively guarantees failure of the device in normal use.

Surprisingly, perhaps, I feel less unhappy about the shower – because there’s a greater cost that I am avoiding, namely ripping the bathroom apart – than I do about the slippers – because cleaning up after them was a nightmare and the original saving was not worth that hassle. Even so, I might still buy cheap footwear again, but be informed by this experience. I would not buy the cheapest possible shower out of choice.

You can save budget in many ways on a project but, when you do, are you reducing it in the right places?  Are you spending large on the most important elements? When you test an application, are you seeking the critical failure points? Are you feeding everything you know about the development of the application into your analysis? When you know there are failure modes for your product, what are the costs to the user and how does that affect their value to you? What kinds of failures will be accepted by the user? What qualities constitute quality for them? How much does any of this relate to the price of the product and the volume of sales?
Image: http://flic.kr/p/Ce2gE